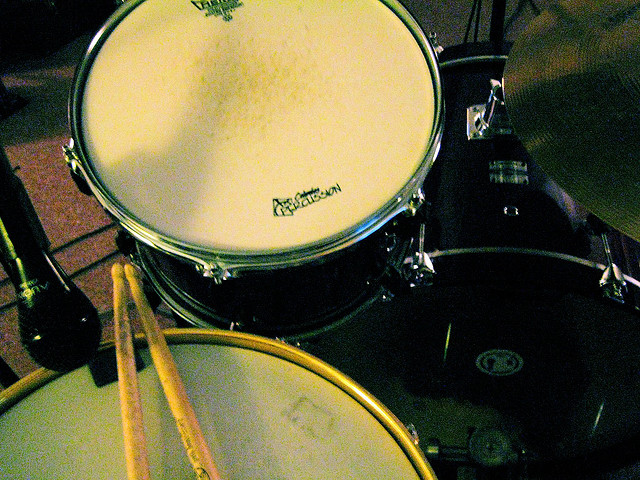 When you ask someone what a “Social Network” is, their reply will probably be “Facebook”. We’re familiar with the experience on Facebook, you have to sign up using your real identity. In fact, if you use a fake one, you risk being kicked off. Twitter doesn’t require your real name, but the people who use Twitter the most tend to.

Anybeat doesn’t want to replace Facebook or Twitter, it just wants to be a place for you to hang out, be yourself, and communicate with interesting people.

The layout of the site is simple, and easy to use. You can post things into a stream ala Twitter, with links and pictures if you’d like. You can also navigate the site through “groups”, which bring in real-time streaming content and conversations that are going on within AnyBeat. The topics cover anything from Business to Technology. You can of course create your own group and make it public or private.

Other interesting and unique features of AnyBeat to note here:

You are given a reputation score as you use AnyBeat, so if the community thinks you’re a pain, then your score will reflect it

Most social networks don’t have an open directory of all users. AnyBeat does, and it wants you to go through it and find new people to meet

The company, which includes founders such as ex-MySpace employee Dmitry Shapiro, says this about AnyBeat:

Unlike Facebook, Twitter, or Google +, we DON’T want to be your global online identity or login to other sites. Therefore, we DON’T follow you across the web, or collect any information about your web browsing habits outside of Anybeat. On that same note, we DON’T log/record any of your Instant Messaging conversations.

What AnyBeat offers is the freedom to be yourself without having to worry about your boss finding out what you’re saying. Since you might not know anyone on the service, you’ll be more open to actually reading in the content and participating. Perhaps you will make a few new online or offline friends. 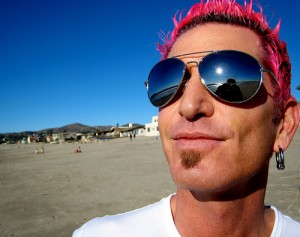 TNW: Why is anonymity still important to protect online?

How can we ever explore controversial ideas if we are always worried about our words being searchable forever? How can we ever stretch and grow as people if we fear the consequences of standing out or being different. And that extends beyond personal growth into societal growth, too. Could a banker speak in favor of #occupywallstreet on Facebook without fear of professional consequences? Transparency is a beautiful idea for many things… but not all things.

TNW: When did you get started online, what was your first big hit as far as a Community?

Halcyon: My first big online community experience was being the community lead for the 4 million member collegeclub.com in 1999. It was the Facebook of it’s time…way before it’s time. Then in 2000 I started another community with Dmitry Shapiro called CitizenX that was webcam based and Burning Man-influenced. It was there that I started doing Hug Nation – a weekly live moment of connection. Hug Nation continues to this day and has been my most rewarding online experience. Immediately previous to Anybeat, both Dmitry & I were at MySpace.

TNW: What do you see missing on Twitter/Facebook/Google+ that still has mass appeal needs

Halcyon: The big existing social networks are wonderful tools. But they fail to help me 1) meet new people and 2) Have deep, vulnerable conversations in a safe, supportive environment.

Moving forward, we hope to work on the bugs, add features, and pay very close attention to what people using the site are saying. The conversations have been amazing, the suggestions insightful. We just need to work as fast as possible to allow this place to become what it wants to be. :) The challenge for me will be: Can we maintain this awesome vibe as we grow?

TNW: When are you launching publicly?

Halcyon: I’m not sure the exact launch date, but if the bug squashing goes well, in 3-4 weeks.

TNW: Has AnyBeat received funding at this point?

Halcyon: Our first round of financing info: http://blog.altly.com/2011/06/altly-seed-financing/

The company has an uphill battle as far as getting people to spend all of their time on AnyBeat, but it appears as if that’s not the mission. The mission is to have a place where different people can be different together. And that’s an experience, that’s well…different.

In fact, one of the things that inspired AnyBeat was this quote from Henry David Thoreau:

If a man loses pace with his companions, perhaps it is because he hears the sound of a different drum.

If you’d like to join AnyBeat, we have 100 invites for The Next Web readers.

Read next: Could app developers have their accelerator? Appies says yes