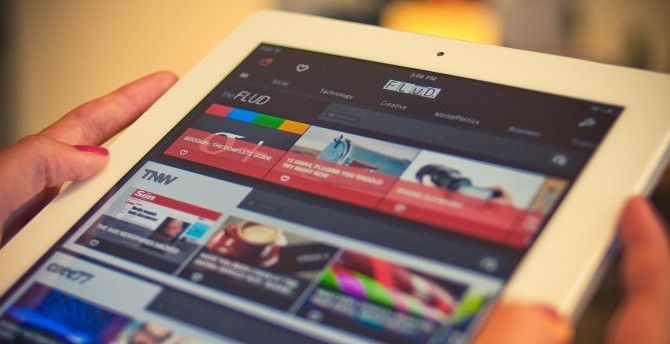 FLUD, the splendid free news reader for the iPad, iPhone and iPod Touch, following their last major update in February, has returned with a slough of new features certain to please the mobile news reading connoisseur.

After receiving more than $1 million in seed funding to further their goal of becoming “a true mobile news ecosystem,” FLUD version 1.1.5 moves the app multiple steps forward towards realizing this vision.

One aspect users will instantly notice when launching FLUD is speed enhancements. The app, while always featuring a tremendous design, now loads feeds, presents stories, and more, at blazing speeds.

Other new features include:

“We aren’t trying to be everything to everybody. There are some features we are able to do but have not added, just because we want to keep it simple and focus on the things people love about our app.”

“Twitter integration was a feature requested over and over again by users. Now, a user can add his or her Twitter stream, mentions or saved searches as a feed in FLUD for iPad. Looking forward, Facebook integration will be built in as well. Similar functionality will exist in the iPhone in the coming weeks.”

For Android users, FLUD has released its Android app for private beta testing and will be releasing the app to the public this month.

Further, and this will be exciting, trust us, expect another major announcement coming from the FLUD team in the next couple of weeks users of the app will love.

With FLUD’s latest updates the app is as well-designed and feature-rich as ever.  By adding social-sharing and story-saving integration really solidifies FLUD as a grand news consumption app for iOS devices.

Pick up the free app here and let us know what you think of the updated FLUD!