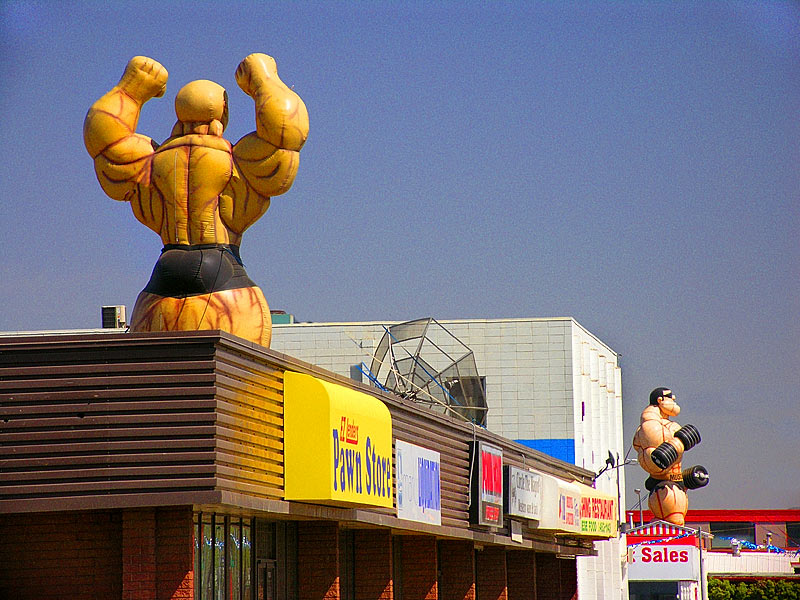 I have to admit, first off, that I’m not much of a mobile gaming fan. Oh sure, I’ve played my share of Angry Birds and Plants Vs. Zombies, but not much more than that. But I’m becoming a bigger fan of the social aspect of mobile games, as I’ve been a long-time MMO fan. So when I sat down with Dave Bisceglia, the CEO of a company called The Tap Lab, what he showed me was pretty unique and absolutely interesting.

The Tap Lab is finishing up its time at TechStars in Boston, preparing to show off its TapCity game to investors on the 15th of this month. But since it’s already out and being played, I wanted to take the time to show you how cool this entire system is and talk about what it could mean for mobile, multiplayer gaming in the future.

First off, it’s worth noting that this isn’t just another check-in app. Pulling in data on 15 million venues from Fourquare, Tap City is, as Bisceglia puts it, ” the first massively multiplayer building game that’s built on the real world. You’re building and defending a city that is based on the places that you go in real life.”

That real life aspect will come up a number of times over the interview, but The Tap Lab just feels that it is filling a gap in the market. “There was no real game that leveraged location as a competitive landscape. We’re not just a gamified location service.” That is to say, TapCity is a game first.

As an overview, TapCity works a lot like what we’ve seen in casual games such as Mafia Wars, but without the guns and killing. By checking into a location, you can start to overtake it. Once you own a location, you then earn a cut of the money that it has from income each day, adding to your stash. But if you don’t have enough friends checking in, you’ll have a hard time when other people decide to challenge you for ownership.

“Players usually start by taking over any old property. But as they go along they tend to take over the places that they really care about,” says Bisceglia. In short, it becomes a part of the virtual footprint of their real life.

When someone tries to overtake your property, you’ll get a push notification that tells you that you have 24 hours to re-stake your claim. It’s a perfect way to get your friends together for a cup of coffee, as those checkins will then benefit your property ownership.

If you’re not prone to using anything but Foursquare, there’s still a game to be played. As you check in on Foursquare, you’ll earn currency that you can use in TapCity. So when you come back, you’ll have money to spend and properties to maintain from those external check-ins.

The Tap Lab is the brain child of three students from Boston University. It started as an alpha project with 100 users, but the following explosion of interest told the guys that they needed to run with the product. They traveled to PAX East in order to find a graphic designer. They succeeded and, after a round of funding the team plans on bringing everyone into the same office to work together.

“The term MMO conjure up visions of wizards, elves and hardcore games. We’re taking the magic of the massively multiplayer game and putting it on mobile. You get the experience of a community, that dynamic game world, but you can play it when you want via your phone. Then, because it’s real-world, it ties in to your emotional connections.”

In the future, The Tap Lab sees itself as assuming the position of a distribution platform for location-based offers and deals. Since there’s a higher level of engagement with TapCity, it should prove to be a valuable tool for businesses to find the people who are truly passionate about their favorite spots.

TapCity is available right now, for free, from the App Store on iOS. There are plans to expand it to Android, but right now the three-person team of The Tap Lab is preparing for Demo Day and making the iOS version as well-refined as it can possibly be. We’ll be face to face with the team in a few days, but for now, give Tap City a shot and let us know your thoughts in the comments.