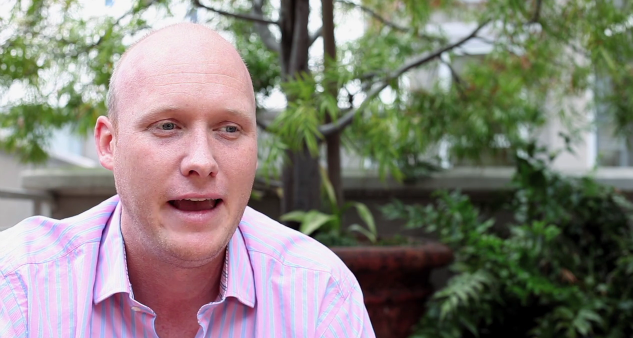 You’ve been there. You’re sitting around with the worst craving for a sandwich from the one shop that doesn’t deliver. Maybe you have a project that desperately needs to be scanned, printed and collated but you simply don’t have the time to do it. Right now, there is no good way to get assured service for what you want. Zaarly is the answer.

Launched as a minimally viable product at SXSW, the idea is that you can create viable, secured jobs where ones didn’t exist before. But does it work? With no dedicated applications, operating only on a bare-bones HTML5 product, Zaarly facilitated $10,000 in transactions in 24 hours. So yes, it works.

Ready for the buzzwords? Here you go. Zaarly is proximity-based, real-time and buyer-powered. According to Zaarly founder Bo Fishback, you can’t do any one of these really well without doing all of them together:

We’re like eBay or Craigslist, but we’re the opposite.

Zaarly will be launching within the the next couple of weeks with apps for Android and iOS. Don’t own either of those? No problem. There’s also a fully featured HTML5 web app that Zaarly will use to experiment with new features before pushing them to the respective apps.

Whatever service it is that you’re wanting (within respectable reason), you’ll be able to advertise it on Zaarly. Have some time and need some money? You can find projects to help people and earn some cash in the process. The idea behind Zaarly is that you will be able to integrate it heavily with communities, boosting the help available while providing jobs to those that need and want them.

Keyword blocking, with heavy filtering will help to keep things clean, should keep Zaarly from turning into the buyer’s version of Craigslist personals. That way, the person who wants a massage at their office can be introduced to someone who really is there to provide a massage rather than “a massage”. On top of that, the anonymous nature of the service keeps things in check because asking for a massage from a tall, blonde female will trigger alerts that the Zaarly staff will be able to filter.

So the next time that you’re seeing people walk out of a basketball game at halftime, you can put out a message to buy their seats for whatever price. Need a last-minute ticket to a show? Zaarly lets you know who is around who might have that ticket for you.

Buyers and sellers can talk to each other via Twilio VoIP integration, completely anonymously. Integrated payments allow you to securely pay and get money, and a verification service will show potential providers that you’re good for the money you’re promising in the deal.

The closest thing that we’ve seen thus far is Gigwalk (our review here). But, instead of being limited to the iPhone, Zaarly goes cross-platform and is considerably more driven toward community. Keep an eye out, and of course we’ll tell you as soon as the apps are available. There is a waiting list of over 300,000 people and “Dream Teams” are launching Zaarly in cities around the globe.

In the instant-gratification society of our world, Zaarly is turning around the negative connotation that the term carries. As Fishback says, “you can buy a lot of things at Wal-Mart, but you never know if your neighbor has it sitting in their house.”