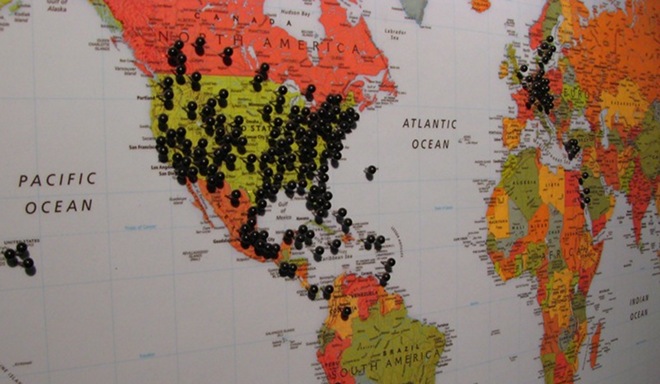 Ever wondered what would life be like if you lived in a completely different part of the world? If It Were My Home is essentially a comparison engine for the world and can tell you whether the grass really is greener elsewhere.

Say you live in the UK; pull up Brazil and you get a map showing just the two countries’ sizes compare along with a wide range of stats. Apparently in that South American country, I would have a 3.6 times greater chance of dying in infancy, use 64.37% less electricity and would die 6.9 years earlier. On the up-side, I’d have a 7.3% better chance of being employed.

The site can compare these stats, and many more, for just about every country in the world. Would you have more money living in Malaysia or the Democratic Republic of Congo? If It Were My Home will tell you.

Reminding us a little of the BBC Dimensions site we’ve previously covered, If It Were My Home initially got attention last year when it offered comparisons of any country to the Gulf Oil Spill and the Pakistan flood, but has since been expanded to be a much more comprehensive service. With so many stats and comparisons to be made, it’s well worth exploring.

Read next: Tesco Mobile reaches 2.5 million subscribers, reminds us it has shops in South Korea