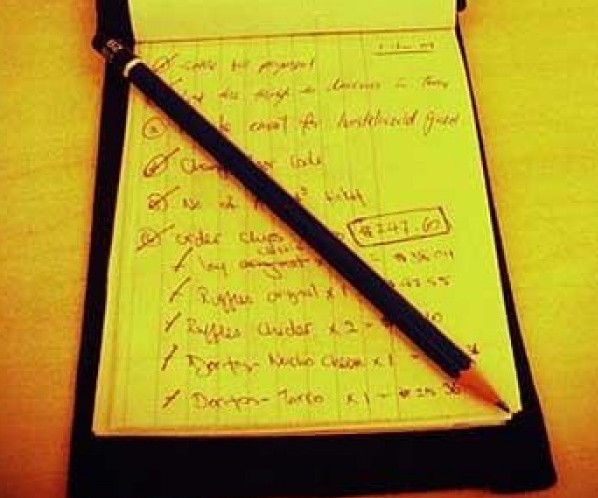 Put Things Off is a “the laid-back to-do list” for the iPhone and iPod touch with some unique features and a wonderful interface.

Hits: Ability to create tasks directly in the tray one’s viewing, live trays fill up as you add tasks and empty as you remove or file them, and the option to send new to dos from a web browser straight to an iPhone or iPod touch.

Misses: Adding tasks via web browser only available through an in-app purchase.  No iCal or Google Calendar sync options.

Task manager, calendar, and to-do apps for the iPhone and iPod touch.  Numerous options exist with various features, all with the promise of helping keep one from forgetting items in need of completion.

One such option we’ve reviewed is All Stuck Up.  Horrid.  The “Calendar” app pre-loaded by Apple for their devices is better, but it lacks both the functionality and slick design of other apps available.  Personally, I love Evernote for notes and more, and ToDo for task management and more.  Both sync across multiple devices, and the latter can be synced with one’s calendar of choice.

Put Things Off ($.99) is a to-do app with features and a design which set it apart from the options listed above.  From Spiffing Apps, Put Things Off is really great in some areas and less than great in others.  Here’s what you should know prior to choosing Put Things Off as your default to-do app.

After purchasing the app, one gets a clean inbox begging for new tasks, to-dos and more.

Adding tasks is simple.  Put Things Off allows one to create tasks directly in a tray one’s viewing while using the app, or using Web Tasks.  Unfortunately, Web Tasks is only available through an in-app purchase for $.99 for 30 days of web tasks or $4.99 for 180 days of web tasks.

Requiring one to purchase the Web Task option while not providing iCal or Google Calendar sync options is one of the few downsides to Put Things Off.  That said, after adding a task, editing tasks are as simple as creating new ones.  To edit, simply tap a task once to modify it, in any tray or stack.

If one can’t complete today’s tasks, and there’s still time to meet a deadline, Put Things Off allows one to, as the name of the app suggests, put a task off.  With one tap, the item moves to the Put Off tray where It’s put off for 3 days by default.  At the end of a task’s stay, it moves back to your Today tray.

Once a task is complete, it is moved to the “Done” tray where it remains until one decides to delete it.

Some of the other really neat features of Put Things Off include; grouping related tasks in a feature called ‘Stacks,’ drag and drop task manipulation and organization, and translations for French, German, Spanish, Italian, and Japanese.

The app needs to either lower, or do away with completely, the in-app purchase requirement for adding Web Tasks.  Further, the app sorely needs Google Calendar and/or iCal syncing.

That said, Put Things Off is a grand task manager/to-do list app for iPhone and/or iPod touch users.  With a wonderful design and some super features, it is certainly worth your consideration.