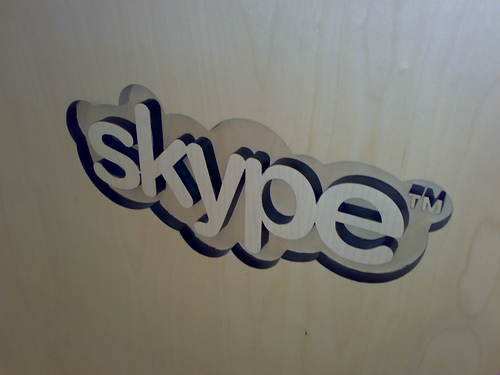 Skype users across the world are reporting on a strange new problem with the service.

Some users have received messages during sessions telling them that their passwords have been changed. When they attempt to reset their passwords using Skype’s password token service, the service returns internal server errors on Skype’s site.

Users who’ve contacted Skype through other channels have reported that Skype Customer Service reps have indicated that their accounts were locked out for violations of Skype’s Etiquette Policy. However, some users have complained that they never violated these terms and were locked out anyways.

One user said, “my friend and I both got our accounts blocked at around the same time. We both have newer accounts, but we don’t talk about inappropriate materials which violate Skype’s End User Licensing Agreement. Yet, when we contacted Skype, we were told that we violated the EULA or something, which other people have seen in messages from Skype. They said my account had been blocked, but unblocked it while saying that if I was flagged for verification again, it would be blocked again.”

Based on a forum thread on Skype, it appears that this problem has been around for nearly two months. Users in the thread have complained about password issues since the beginning of June, and yet it seems that Skype has been unable to track down the root of the problem.

The problem seems to have become even more apparent in the last 24 hours, though. A wide range of users have complained about the issue on Twitter, with most believing that their accounts were hacked. However, some have talked to Skype and confirmed that the issue is indeed Skype’s fault.

Thanks to Jeff Bajayo for the tip.

Read next: Apple Pulls Attenuation Videos From Its Site