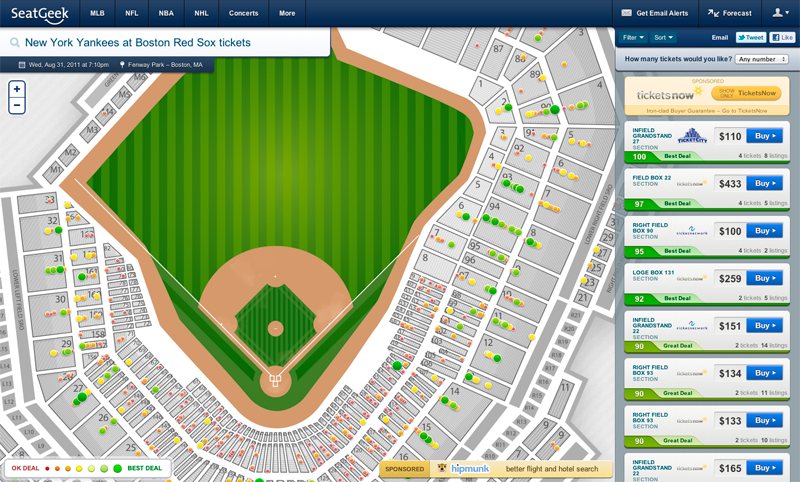 Far too often, I see great products that simply aren’t getting enough attention.  They’re making all of the right moves and putting themselves into the right places, but the message just isn’t hitting home with potential buyers.

A friend of mine and I often talk shop about advertising and marketing.  It’s my background, and something that I still love to do, as long as I’m given the opportunity to do it well.  But more often than not, the business owner (or developer in this case) simply doesn’t realize that nobody cares about their product quite as much as they do.

This business-sense blindness is a primary downfall of products.  You might have developed something that you think is earth-shattering, but you’ll have to convince the world to try it or else they’ll never care.

So with that in mind, I’m going to lay out 5 things that developers have to learn, in order to be more successful.

The given example is of a sporting goods store. They don’t sell baseball bats and sports products. What they are selling, on the contrary, is time spent with friends, healthier lifestyles and entertainment.

See where I’m going with this?

If you want me to try your application, then you need to show me the better reality of it. Twitter could have grown much faster than it did, if the service would have been properly marketed. Instead, users found their own realities and made it what it is today. To me, it’s a business tool. To you, it’s likely something different. Finding out what your product is to different people will ultimately tug on the proverbial heart strings enough to make users want to give it a shot.

You Care More Than We Do.

Not to sound brash, but that’s simply the case. Nobody cares more about a product than the person who is selling it. With that in mind, developers tend to focus far too much on the intricacies of things, and not nearly enough on the “why you need this” aspect.

If you want to find out how good your product is, offer it to a group of people who don’t know you. They are your honesty pool. Your friends, in this case, will only drink the Kool-Aide that you’re pouring.

People love to talk about themselves, and about what they’re making. Instead of giving a 20 minute lecture about the features of your product, use your time more wisely.

We live in a culture where people don’t want to pay attention to things for more than 3-5 minutes at a time. Giving a 15 minute introduction of your product just wasted 13 minutes that I could have been using it instead.

If you’re invited to show off what you’ve made, only hit the high points. Then let the users play with what you’ve shown them. That produces word of mouth, and that is still the best advertising you can have.

Make a Statement That Doesn’t Suck.

A mission statement. You do have one, right? If not, then why not?

Mission statements do much more than tell the world about you. They also help to keep you focused. If you’ve found out what it is that you want to bring to the world, then it’s best to stay on a path that will lead you toward that goal.

For more information about writing a statement that doesn’t suck, watch this.

We’re Not Stupid. Remember That.

We might not be your best friend and it’s true that you’re possibly smarter than us, but we are your potential customers.  When we tell you we want something, you should probably listen.

Companies that understand this ethos almost always go further than ones who choose to ignore it.  Treating people as if you can constantly pull the wool over their eyes will not only lose you current customers, but future ones as well.  Remember that word of mouth is a two-way street.

In your sales and customer feedback, you hold a wealth of information about what we like and dislike about your product.  Fix the bad, capitalize on the good and be completely transparent when you’re doing it.

So that’s that.   Now go forth and sell your products!

Credit where credit is due to the teachings of  Roy Williams, with some input from Tim Miles as well.