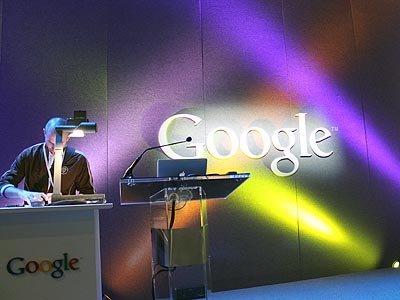 Just a  week after Microsoft released a flurry of updates to its Bing search engine, Google are rolling out their own set of updates as we speak.

Search by voice: VP Vic Gundora showed off Google’s voice search function, which lets users speak queries onto their phones. He said that users can now also search using languages in addition to English, including Mandarin and Japanese.

Search by location: The company is also working to include location in its “search suggest” listings. So, a user who would type “Re” in Boston would see “Red Sox,” while one in San Francisco would see the retailer “REI.” Google is also going to begin to include listings of products available in stock near to a user’s locations in its product search.

—Search by sight: Mobile search feature that will allow you to take photos of objects and then pull up relevant search info. For now, it’s in Google Labs.