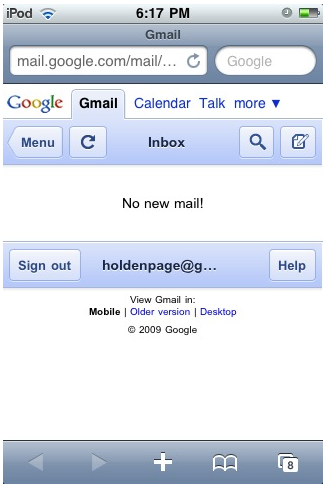 If you’re hooked on Gmail and an avid user of the web based iPhone app, you may have just noticed the UI update Google pushed out.

Google have updated the UI across the board beginning with Gmail through to Reader.

While there’s no official word from Google about the redesign, it seems improvements in speed have also been included. The interface is also less cluttered than before and is definitely more aesthetically pleasing.

Read next: Google Apps for the iPhone Gets A Slicker UI