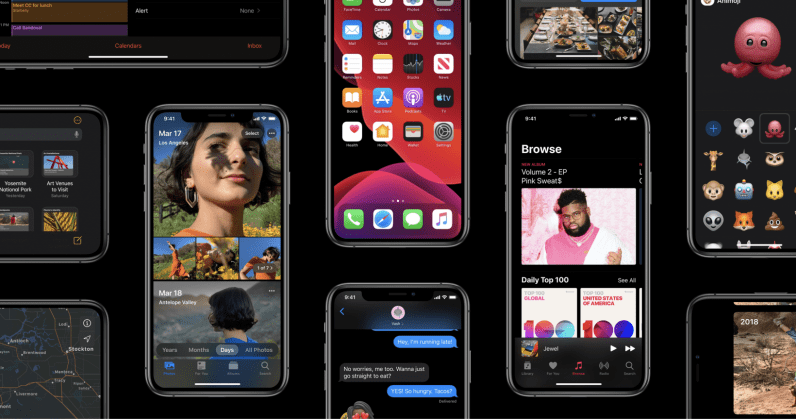 Apple today released iOS 13.1, hot on the heels of last week’s iOS 13. While it does have a few actual features, and welcome ones at that, the main purpose of downloading this update will be to fix the numerous bugs that came with iOS 13.

Cautious users might have avoided upgrading to iOS 13 after Apple released it last week, because it was riddled with bugs. Apps crashed, screens froze, pictures got all jumbled up with random dates and times — it was a mess, and far more so than you might expect from a major iOS update. Reportedly, even the Department of Defense was encouraging employees to hold off on upgrading because of potential security flaws in the new update.

To that end, Apple pushed up the release date of iOS 13.1 and stuffed it chock-full of bug fixes. According to Gizmodo, the original release date would have been September 30.

If you look at the release notes for the update, it’s almost nothing but bug fixes, and the list is not a short one. Fixes include faulty app icons, sign-in failures, Mail problems, Siri not working with CarPlay properly, and stability issues. Given how diverse the bug complaints were, I’m going to guess Apple didn’t manage to whack every mole with this update, either.

While the features in the update are outnumbered by the bug fixes, those that are there are helpful ones. One of the biggest is an Airdrop update that makes use of the iPhone 11 U1 chip’s Ultra Wideband tech. Basically, you can now Airdrop files to another compatible iOS device by pointing your device at it — the chip’s spatial awareness upgrade means the two devices are aware of their position relative to each other and will act accordingly. Apple has also added the “Share ETA” feature back to Apple Maps.

Also launching today is iPadOS 13. This update adds mouse support, multitasking features, a floating keyboard, and other features that make a darned good replacement for a laptop. I would say I hope iPadOS can avoid launching with the problems of its iPhone equivalent, but apparently a major bug that allows third-party keyboards access to a user’s information without permission has already been discovered.

Read next: The SeatyGo bike saddle thwarts thieves by being super easy to take with you