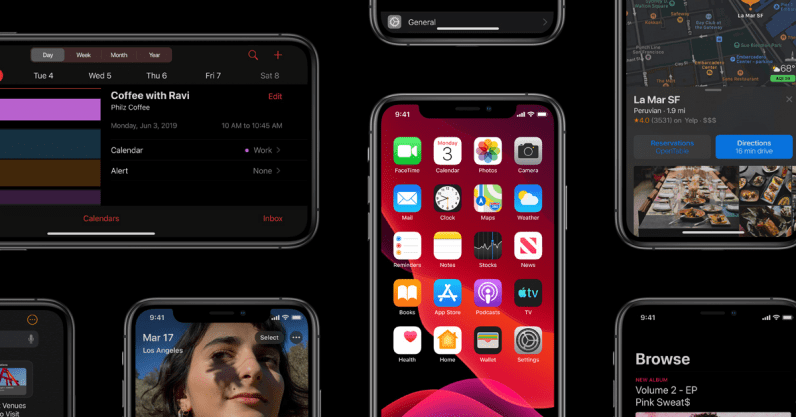 Apple has officially released the first public beta of iOS 13, iPadOS, macOS Catalina, and tvOS 13, giving you a chance to try out the new software before it becomes publicly available later this fall.

The company has already released two iOS betas to developers, but Monday’s release marks the public launch of the software for everyone.

I have been using the iOS 13 developer beta for the past few weeks, and it doesn’t seem to be too buggy. But you should always expect odd bugs and crashes since this isn’t the final version of the software.

A lot of third-party apps are yet to add support for system-wide dark mode, which is the headlining feature of iOS/iPadOS. Battery drain is a lot worse than usual, too — on my iPhone XS, a moderate to heavy use only gets me about six hours before having to plug it again. But this is obviously a beta version, so your mileage may vary.

If you don’t mind taking a chance with these issues, it’s definitely worth a go to see what’s coming up in iOS 13. However, I’d recommend that you don’t install it on your primary device, and instead try it on a spare iPhone or iPad.

As long as you continue to have the profile installed on your iPhone/iPad, you’ll continue to receive periodic updates over-the-air until the software is ready for release in September. You can roughly expect an update every two weeks.

Apart from dark mode, iOS 13 introduces several new features to the iPhone, including nifty updates to apps like Photos, Messages, Maps, and Reminders. There’s also the new “Sign in with Apple” single sign-on feature that lets you log in to third-party websites through Apple’s secure service, rather than Google and Facebook.

Read next: How to install tvOS 13 public beta on your Apple TV