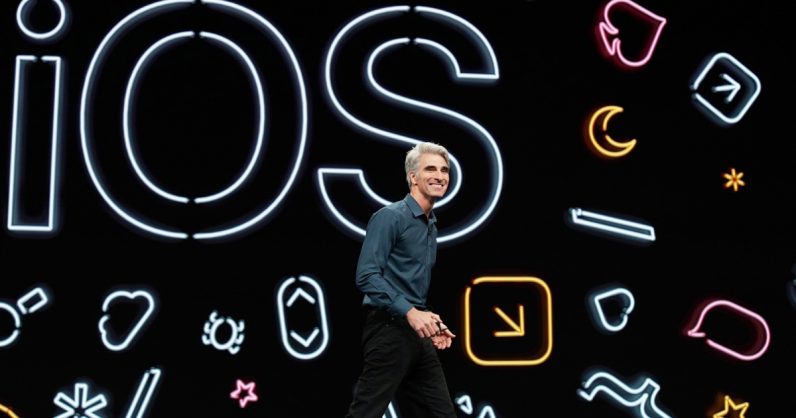 Apple announced a bunch of cool stuff at its developer conference yesterday: a new Mac pro, iOS 13 with dark mode, a new photos app, and iPadOS with USB stick support. However, Apple was selling another feature to all of us – privacy.

No, it wasn’t just an “oh we keep your data safe and secure” kind of facade. These are the actual features we’re talking about. Apple took jibes at Google and Facebook, and talked about how it believes children shouldn’t be tracked. Here are some of the coolest privacy features:

This was probably my favorite part of yesterday’s keynote. Apple’s VP, Craig Federighi started talking about trackers across the internet with Facebook and Google’s sign-in buttons flashing on the screen. Just after that, he introduced Apple’s own sign in button.

He said that ‘Sign in with Apple works across iOS, MacOS, and websites. You can sign in into an app using FaceID or TouchID for authentication. Apple says that you can even choose to hide your email ID, and it’ll generate a random email for you for each app. The company claims that it uses built-in two-factor authentication as an added security measure.

Apple’s bet here is that unlike sign-in methods from Facebook and Google it’s not interested in tracking you, and selling your data to advertisers. Plus, it’s making it mandatory for apps which already has a third-party login option to include the new button.

Plus, it works on non-Apple products too. The company says on its developer blog that “it works in any browser, which means you can deploy it on your website and in versions of your apps running on other platforms.” That’s a huge incentive for a consumer to plug into Apple’s ecosystem.

Just before WWDC, a report suggested that a bunch of trackers were leaking location data from iPhones. To counter that, Apple’s introduced permission for apps that lets you limit location tracking for that particular app just once. So the next time the app needs to track your location, it’ll need to ask for permission again. This will prevent it from following your location.

Federighi also said that Apple’s ‘shutting the door down’ on apps that use Wi-Fi for location tracking. This is more granular than Android which has just introduced limited location tracking while using the app in its latest Android version, Q. So it might be a while till we see better location control in Android phones.

Last year, Google was found tracking the location of iPhone users through its apps. The new limit on location tracking will help prevent this incident from happening in the future.

The Cupertino company yesterday unveiled a new feature for HomeKit that allows you to install and control connected security cameras through the Home app. The footage will be analyzed locally before it’s uploaded to your iCloud storage. The company will store 10 days of footage after encrypting it at no charge. It’s already signed up Logitech and Arlo on this new platform to launch supported cameras soon.

In an extremely important step towards kids’ safety online, Apple has published new guidelines that prevent developers from adding third-party ads or trackers in apps targeting children. Apple also asked developers to follow privacy laws across the world that pertain to collecting data from children online.

Last month, Google’s CEO, Sundar Pichai, took a swipe at Apple with an op-ed in The New York Times, saying, “privacy is not a luxury good.”

Apple doesn’t seem fazed by this, and is continuing on its path to building a vast ecosystem of premium products and services, which incorporates privacy at its core. With these announcements, it’s doing a much better job of selling customers on its promise of privacy than ever before.