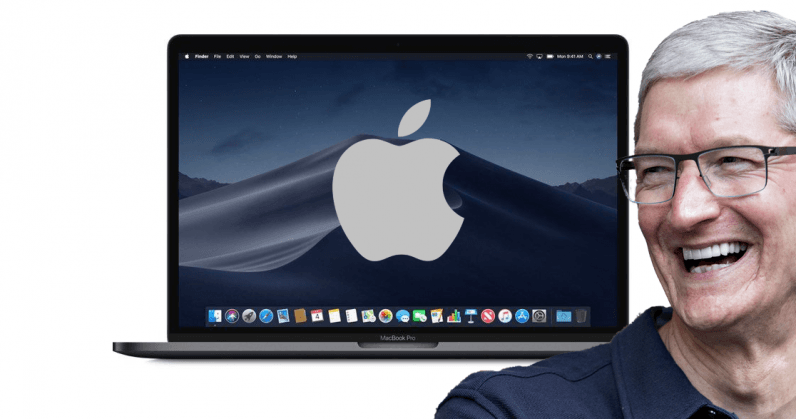 A report emerged this weekend with rumors of a new Apple laptop lineup. If analyst Ming-Chi Kuo is right — and he’s hands-down the most reliable source of information about Apple’s supply chain — then we could see a new MacBook Pro that’s between 16 and 16.5 inches.

But let’s stick to what’s important here: a 16-inch MacBook Pro. If the rumors are indeed true, and Apple’s product team wants our input (they most certainly don’t), here’s what we’d like to see.

The 15-inch MacBook Pro is great, but its bezels undercut the sleek and modern (albeit dated) look of the current offerings.

Presumably, you can shove another inch-plus into the current space occupied by unsightly bezels, thus increasing screen size and keeping a similar footprint to the 15-inch MacBook Pro. There’s a lot of space to work with here. And if you scope out 9to5 Mac’s renderings of this mostly bezel-less screen, you can’t help but be a little disappointed in your current MacBook.

Bring back the SD slot

I’m still raging that Apple dropped it in the first place. There’s really no good reason to can the SD card slot in a “pro” level device, aside from wanting to sell high margin accessories.

Look, I get it. On a 13-inch MacBook Pro, maybe you run out of room by cramming in some extra USB-C slots. But the 15-inch version is supposed to be the Mac-daddy (bad pun intended) of Apple’s laptop lineup — meaning the 16-inch should be even Mac-daddier.

There’s room. In fact, you can add more USB-C ports and still fit an SD card slot. Speaking of which…

While we’re nitpicking the port options, can we go ahead and add two more USB-C ports — at least to the 16-inch version?

If video editors, developers, and 3D modelers want to throw a metric fuck ton of money at a laptop manufacturer, they should have that option.

In the current line, the best Pro configurations will set you back around $4,000 (unless you go crazy on storage space). For that kind of money, you’d expect to be able to buy your way to a machine that fits all your needs. And for the vast majority, it would certainly exceed said needs. But there will always exist a specific segment of power users that are forced into a world where they’ll need both an Apple desktop (for the grunt work) and an Apple laptop (for portability) because the power they desire really isn’t available on a laptop with a half-eaten Apple logo.

And let’s manage expectations. This will be a supremely overpriced upgrade, and one very few people actually need. The 2018 15-inch MacBook Pro, for example, comes standard with 16GB of RAM, or you can drop $400 to double it, to 32GB. You could pick up 32GB of RAM literally anywhere online for half that if Apple were to reverse course and let you upgrade, but that’s beside the point. The point is, expect to spend some serious cash on this kind of upgrade, if Apple decides it’s worth it.

A return to MagSafe

USB-C is clearly a superior format, and I’m not suggesting that I want to live in a world where charging my phone and my laptop with the same plug is no longer an option. What I am saying is: use your space-aged engineering to figure out a way to make MagSafe work with USB-C, thus allowing both options. If you want to carry a separate charging plug, great. If you don’t, fine; charge it with the USB-C cable from your phone.

But I can’t be the only one who misses a plug that conveniently disconnects itself when I’m about to drag my laptop to its death. This thing cost more than my first cart way back in the early 00s, I don’t want to be a slip and fall accident to be its cause of death.

I don’t mind the flat keyboard. I don’t mind the annoying click-clack of the super shallow keys. Others hate it, and I can see why; but I’m used to it now and honestly, it’s fine.

But what I’d really like is for you, Apple, to internalize the mistakes of previous MacBook Pro keyboards, and improve upon them. It took far too long for “it’s not our fault” to become, “okay, maybe it’s our fault, but only for a small percentage of users.”

Don’t make me use Face ID

I’m not one of those people who played around with Face ID for a few minutes and didn’t like it. I’ve used Face ID daily since the day it launched.

Touch ID was, and still is, vastly superior.

But I get it, on phones it made sense to drop the fingerprint sensor until someone figured out how to make it work, flawlessly, under the glass. How else were we going to get to a world without bezels? But that happened in 2018.

Now I feel like Apple is going to continue pushing FaceID, and this time in the new Pro line. I don’t want it.

I keep my webcam covered, because I watched Snowden. Plus, if Mark Zuckerberg — the king of privacy non-advocacy — says he keeps his covered, that’s good enough for me. I don’t want to remove the cover each time I open my laptop or when I’m trying to launch certain programs.

I also don’t want to stare down my laptop in a dark room, hoping that it works, thus keeping me from typing in my password like a goddamn caveman.

Look, this thing was a cool gimmick at first, but it’s not really that helpful. In fact, it’s more of a hinderance at times. The volume buttons, for example, used to be on the keyboard, offering tactile feedback that allowed you to clumsily prod at keys without requiring a National Geographic-style expedition.

Seriously, Apple, it’s not helpful. Let us save some cash by foregoing it entirely if we don’t plan to use it.

And before rabid Apple fans fill my inbox with “but there’s a 13-inch version without it if you really hate it”; I don’t want the 13-inch version. I’m an adult.

Retina was cool, until everyone else started to launch laptops with the same resolution (or better). Now, we’re seeing really fantastic screens in 4k, and on a laptop. It’s the future, and every device manufacturer but Apple is living in it.

It’s time to go 4K, or — if you really loved us — cram that rumored 6K display (a standalone monitor) into the laptop and let us marvel at Apple’s supremacy.

So, Apple, if you’re listening: This is our wish list. I expect that we’ll see approximately none of this come to fruition in the new 16-inch MacBook Pro. Because, as an Apple fan, I’ve learned to live with disappointment.

Read next: Binance launches its decentralized cryptocurrency exchange, but there’s a catch