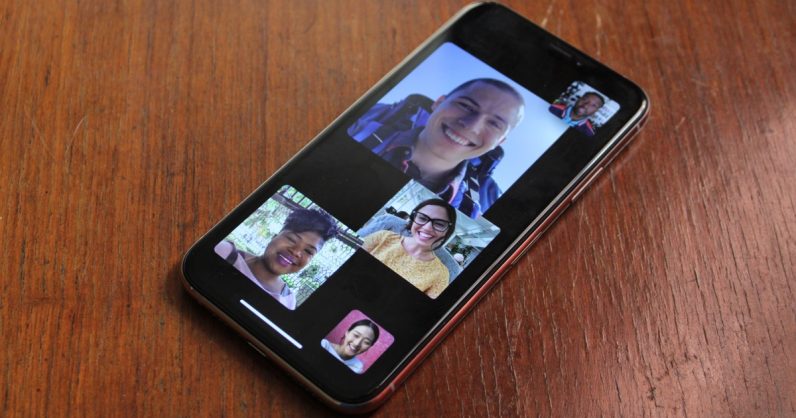 Apple just announced that it will be rolling out its iOS 12.1 update, for the iPhone and the iPad, starting today. The update will bring important features like group FaceTime, dual-SIM support for the new iPhones, over 70 emojis, and a fix for over-smooth selfies.

The company originally announced the group Facetime feature, supporting up to 32 people, at its developer conference WWDC, back in June. In its latest update, the company has added more features to Facetime. During a group call, Facetime will automatically detect the active participant and bring them to the forefront. One can tap a specific person’s tile and bring them to center as well.

Additionally, one can start a group Facetime call directly from messages app. Apple also noted that all Facetime calls are protected by end-to-end encryption.

The dual-sim compatibility was one of the most sought-after features of the new iPhones. Now with the iOS 12.1 update, the software has been upgraded to support eSIM functionality. This will enable consumers to use two sims without using a physical second sim. You can verify if your carrier supports eSIM through this list.

Apple also introduced depth control for portrait photos for the new iPhones, at the launch. Now, with the new update, users will be able to change the depth of field via a slider in the live preview as well. Earlier, it was possible to control the depth of field only post-capture.

Emoji lovers can also rejoice as the Cupertino company is introducing 70 emojis through this update including a freezing face, a pleading face, lettuce, cupcakes, and an infinity symbol.

The company earlier confirmed to The Verge that it will fix the over-smoothing effect in selfies deemed as ‘Beautygate’ by many. It said that it will tweak the algorithm for SmartHDR to make the selfies look more natural.

You can check out the full set of features here.

Apple is expected to announce new iPad Pros and a new MacBook Air, later today.  You can find all the coverage about that on Plugged.