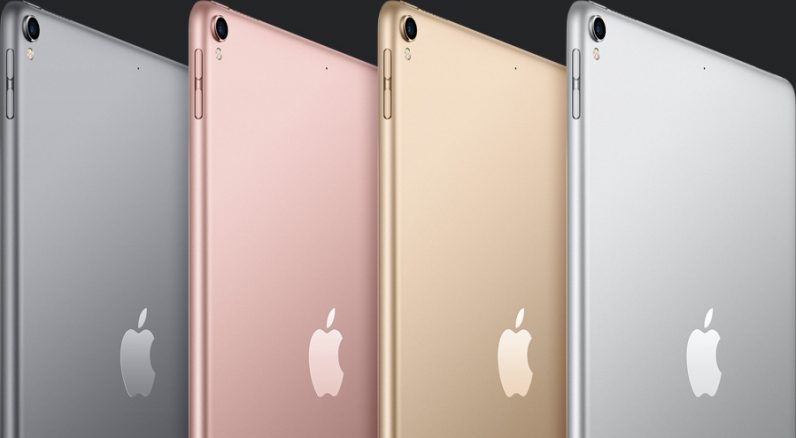 9to5Mac reports that Apple may be working on an update to its iPad Pro line, which will see the high-end tablet lose its thick bezels around the screen and its home button.

That’s from a battery usage icon in the iOS 12 developer beta 5, which depicts an iPad with the aforementioned changes. Now, before you balk at the notion of a design element revealing an upcoming product, consider the fact that we learned about the notched display on the iPhone X from an icon in Apple’s HomePod speaker firmware last July.

This finding corroborates an earlier report from analyst Ming-Chi Kuo, in which he noted that the next iPad Pro would have a larger screen while retaining the same body size as the current 10.5-inch model. The bigger 12.9-incher is said to simply get slimmer bezels, while the the display dimensions will stay the same as the current-gen device.

That’d certainly be a welcome change, given the fact that phones have seen significant design innovation in recent months, while Android and iOS tablets have largely continued to look the same for the past few years.

A bunch of hardware makers have been releasing Chrome OS-powered tablets which also don’t bring anything new to the table from a design perspective – but they may find fans among folks looking for a device that’s better for working with browser-based productivity tools. Hopefully, Apple will have something to show off later this year for those looking for a new take on the powerful iPad Pro.

Read next: An AI that 'hears' machine failure might soon be used for roller coasters