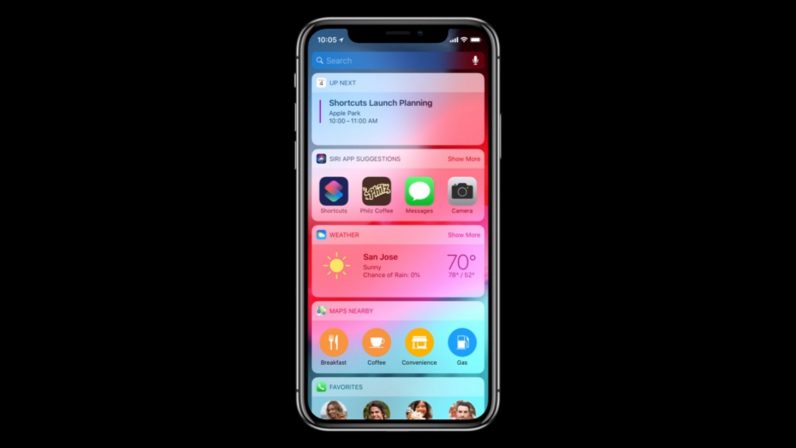 Apple today announced Shortcuts, an app that allows iOS users to create their own multi-step routines for Siri to run from a single voice command.

These shortcuts can be run from Apple Watch, HomePod, and of course your iPhone, and are created in the new Shortcuts app.

With it, users can create a workflow in the app that will allow users to customize Siri routines with voice commands. Users can, for example, record a custom phrase such as “heading home” and Siri will complete a series of actions which can include anything from starting a music playlist, informing a person of your arrival time via text message, and bringing up information about your commute.

Siri will also recieve updates to its “suggestions” feature, giving it the ability to attempt to predict what you want. It’ll, for example try to predict your morning routine and give you relevant information in the morning, offer to turn off your notifications and put your phone on silent when you’re at a movie theater, and guess what you’re going to order at your favorite coffee shop.

The Shortcuts app should be available with the release of iOS 12.

Read next: Apple's new Measure app is like an AR ruler for your iPhone