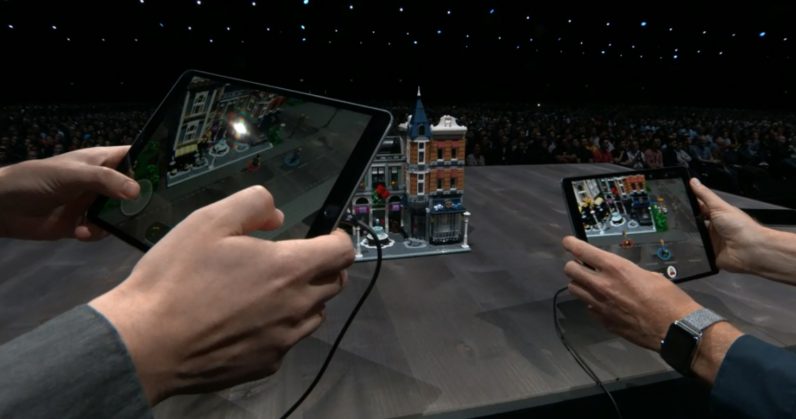 At Apple’s WWDC event in San Jose today, folks from LEGO stopped by to show off how ARKit can enhance play with building blocks using an iOS device, and it looked like a lot of fun.

Essentially, you’d simply use LEGO blocks to build out a playset, and then point your iPhone or iPad at it to see contextually relevant 3D objects added to the scene on your screen. It also works with more than one device, so multiple people can see the same augmented reality graphics.

To demonstrate this, LEGO executives pointed their iPads at a building made of blocks; the AR app added animated figures in various rooms, landscape plates and additional buildings, and even vehicles that moved across the screen.

The company promised to bring this and more such AR experiences to iOS.