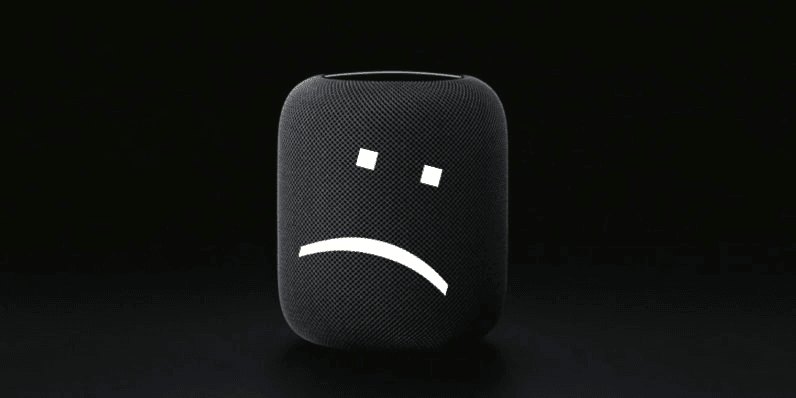 Less than half a year since it became available, sales of Apple’s HomePod are already slowing to a crawl. Bloomberg reports that the company has canceled orders with one of the manufacturers of its $350 smart speaker owing to low interest in the product.

Just how bad are its sales, you ask? According to market research firm Slice Intelligence, it now commands only 19 percent of the voice-activated speaker market in the US. It’s losing out to Amazon’s lineup of Alexa-powered Echo devices, and Google’s Home series.

This shouldn’t come as a surprise: while the HomePod is said to deliver great sound, Apple fumbled the ball on so many fronts. The Siri-powered speaker’s assistant functionality is woefully limited in comparison to Google and Amazon’s offerings, there isn’t yet a way to pair multiple speakers for stereo output or to have them play music in different rooms simultaneously, and it can ruin wooden surfaces around the house by leaving marks wherever it’s placed.

Its price tag is also likely to blame: at $350, it’s among the more expensive smart speakers out there, with no cheaper companion devices to round out your setup at home. Plus, it isn’t available as widely across the globe as Echo or Home devices. There are also loads more alternatives from third-party hardware makers at this point with various form factors and at different price points

It’s also awfully late to the game, and has plenty of catching up to do. Google and Amazon’s devices work as intercoms, make phone calls, help you find your phone, and even guide you through recipes. Amazon also has the Echo Show, which is equipped with a display and camera, and hardware brands are baking Google Assistant into their own similar devices for this summer.

While Apple does have a reputation for getting its new products ahead of the competition a few generations in, it’ll have its work cut out for in matching up to its rivals. After all, Amazon’s had a four-year head-start, and along with Google, has been constantly updating its speakers’ capabilities by inviting developers and content outlets to build on their platforms.

Ultimately, this doesn’t seem like a problem that can be fixed with minor iterations: Apple will have to out-design and out-innovate other brands if it intends to stay in the game, or risk the HomePod being relegated to little more than a fancy collectible for fanboys.

Read next: How to fix the big tech backlash? Build companies with purpose