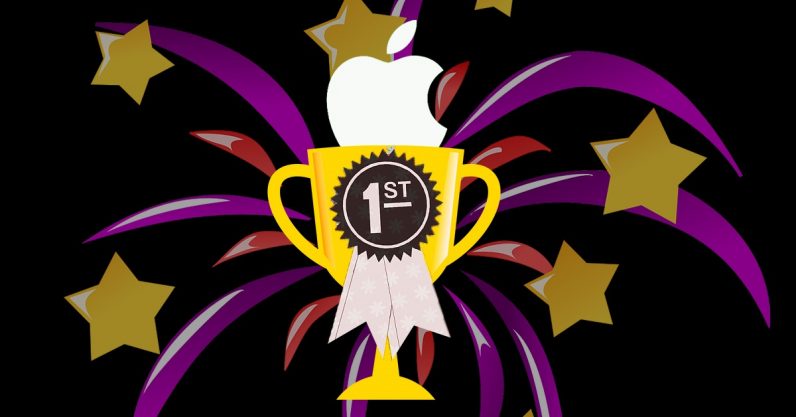 Despite the fact that we’re still weeks away from the end of the year, Apple has gone ahead and released its year-end most-downloaded of 2017. There aren’t any major surprises, but it’s still nice to take a look back and see what iPhone and iPad users thought was worth the most of their precious time this year.

Here’s Apple best of everything from 2017.

Like I said, no real surprises. Social media being the most popular thing among iOS users feels like a borderline stereotype by now. It’s interesting to see that Snapchat and Bitmoji (which is frequently used with Snapchat) top the list despite Snapchat’s apparent inability to get a great deal of new users on board.

The fact that Super Mario Run takes the cake this year feels both deserved, and kind of tired. I’m curious to see what other popular franchise Nintendo could mine for next year’s killer app, considering Pokemon GO made off with crown last year. Metroid Mobile for 2018, anyone?

The top songs were dominated by Ed Sheeran, Bruno Mars, and Kendrick Lamar — though the unbearably catchy Despacito was of course on there. I was surprised to see the country song “Body Like a Back Road,” since I’d never heard of it. Having pulled up the YouTube vid, I hope never to hear it again for the rest of my days (sorry, Sam Hunt fans).

It’s rather pleasant to see the top movies list dominated by movies starring female leads, if that’s not cliched to say. Wonder Woman was my personal favorite, but I’m also sucker for anything Disney and Star Wars.

As for shows, it feels odd to see Big Bang Theory alongside its ideological nerd show opposite, Rick and Morty. We also already knew no one was going to displace the fantasy juggernaut that is Game of Thrones. What in the name of the Lord of Light are we going to fill the gap with when that show wraps in a few years? Amazon better get cracking on that Lord of the Rings show.

As for books, I had to split the two lists up because apparently Apple doesn’t like to mix its peas with its porridge. It’s nice to see potboilers from stalwarts Dan Brown and John Grisham, and apparently everyone’s catching up on Margaret Atwood’s book now that the show adaptation is out there. The nonfiction is pretty standard fare, with my favorites being Neil de Grasse Tyson’s latest scientific text, and Mark Manson’s provocatively titled self-help tome.

If you want to see what Android users were into this year, check out our rundown of the Google Tops of 2017 list.

Read next: How to stop fearing black box AI and love the robot-ruled future