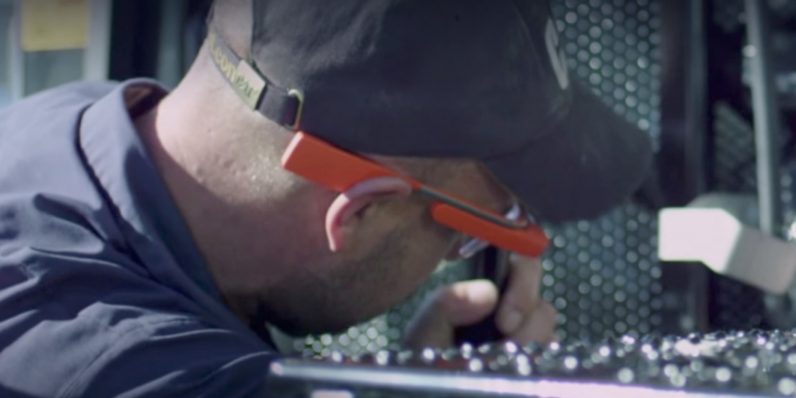 It’s been a year since we first heard murmurs about Apple working on a Google Glass-like AR wearable; Bloomberg now reports that the company might be ready to show off the tech by 2019, and ship its own AR glasses by 2020.

Apple is believed to have been working on AR projects for years now; CEO Tim Cook’s enthusiasm for the field is no secret, and the first product borne out of this effort was ARKit, which allows newer iOS devices to run augmented reality apps and experiences.

In addition to developing glasses that can display 3D imagery superimposed on top of your field of view, the company is said to be developing a custom chip to tackle graphics and general computational tasks in the wearable. You’ll likely interact with it using head gestures, voice commands that you can issue to Siri or a touchscreen-equipped remote.

It’s also going to run a new platform called rOS – short for ‘reality operating system. There are plans to create a separate app store to help people find AR content and experiences, but nothing’s set in stone yet.

It’ll be interesting to see if Apple can beat out the competition in bringing AR to its customers – Microsoft dove deep into it with its HoloLens headset (though it prefers to use the term ‘mixed reality’), and Google’s actively developing its ARCore framework for mobile experiences, as well as providing developers with tools to easily create immersive content.

However, while Apple might be keen on bringing AR into the mainstream, it might want to learn from Google’s mistakes with the original Glass. People found it cumbersome, creepy, and less useful than advertised, and so the next version was retooled for industrial applications. Even Olympus is going down that route with its latest product:

That’s not to say that people may not be interested in AR wearables three years from now, but Apple will have to do more than just figure out how to fit a bunch of high-powered processors and miniature displays into a pair of spectacles. Hopefully, the company has a clear vision for how to go about it.

Read next: Slash 280-character tweets in half with this Chrome extension