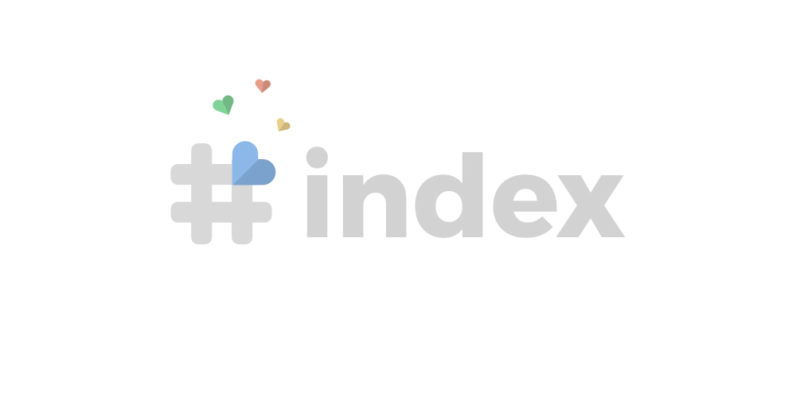 My issues with Evernote are well documented.

I broke up with the platform over a year ago, and to this day I still haven’t found the perfect solution. I like Bear for notes, and Milanote for Evernote-like bookmarking and organization, but I don’t like using two services and neither, on their own, is ideal for my workflow. As much as I hate to say it, Evernote might have been the best option. I’m stubborn, though, and after such a public breakup I just couldn’t go back. So I stuck it out, waiting for a better option.

And then I got a strange pitch on Twitter. Brian Cox, founder of Index, sent me this:

Smart move, avoiding my inbox. It’s a nightmare-ish hellscape where dreams (and pitches) go to die.

Index isn’t as feature-rich as Evernote. We should start there, because there are a few of you out there that still believe it’s worth stomaching Evernote’s bloat for the two times a year you might use that one feature. What Index lacks in features, it makes up for in efficiency. It’s sleek, minimalist, and fast — all things Evernote is not.

Like Evernote, the browser extension allows you to grab what you need on the fly, but that’s where the similarities end. To save a new item, just click the extension icon. You could, if you were so inclined, just stop there. I wouldn’t though. Keeping things organized relies on hashtags, and the system is so flawlessly implemented that — after clicking to save something to Index — you just have to start typing. The cursor is already in place, and the tags you use most often reside right below the text input area.

On mobile, you can save from within the Share menu, or by copying a URL directly into the app.

That’s really all there is to it.

As you’d expect, you can save links, text, or images (or some combination of each) within the same note.

I did run into some issues using the browser version when attempting to add text, but after switching browsers (to Chrome), it worked fine. This, Cox tells me, is the lone weak spot of the app so far, and one he plans to address with his first new hire. It’s also one of the few things I can nitpick, although it did end up working — just in a different browser.

Aside from the simple interface, though, I really enjoy being able to move around what’s displayed on the homepage to suit my tastes. My “reading list” Index, for example, is something I catch up on each night, so being able to keep it front and center (rather than buried in a sea of other “notebooks”) makes my life just a touch easier.

If you’re looking for more, try Evernote or OneNote. Simplicity is what Index does. And in my experience, it does it better than any of its larger competitors.

For all that Index excels at, it still has a few rough edges. In fairness, though, Evernote isn’t perfect either — larger dev team, millions in funding, and long head start be damned.

But for each of my gripes — which are admittedly minor — the amount of polish and simplicity Index brings to the table far outweigh them. Issues like some items appearing in Index faster than others, or the inability to copy text snippets into an Index at times are small, and will no doubt be addressed down the line.

Aside from that, the only gripe would be the lack of on-boarding for new users. For those that haven’t seen the YouTube intro, some of the features aren’t immediately apparent. And although the YouTube video helps, I found it on Index’s Twitter page, not the website.

But even this, in the grander scheme of things, doesn’t matter. The platform is easy enough to figure out in seconds, and even without the cooler features — like moving Indexes around, or creating shortcuts — it’s entirely usable, exceptional even.

It’s the sweet spot between traditional note-taking apps (like Bear or Notes, on Mac) and “dump everything” applications like Evernote. It has the tools you need, without ever seeming overwhelming. And it’s clean, simple, and a joy to use.

After using Index for just a few days, I’m sold. I’m a convert to the church of Index, and I can’t wait to see what Cox does with more manpower and funding.

Read next: Startup states to check out outside of California