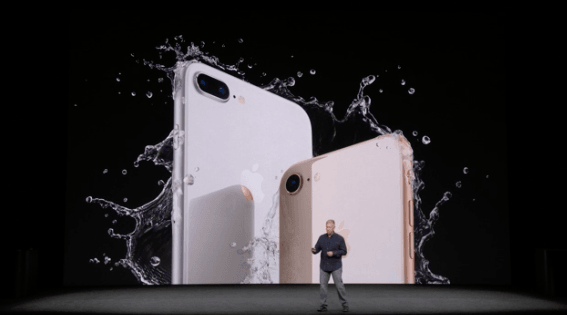 After months of rumors, leaks, and speculation, the iPhone 8 is finally here. Well, not the one you care about with the tiny bezels – that’s the iPhone X. The iPhone 8 is basically an iPhone 7S, though that isn’t the worst thing in the world.

The design is essentially the same as the iPhone 7 – ginormous out-dated bezels and all. As before, it comes in two sizes, the 4.7-inch iPhone 8, and the 5.5-inch iPhone 8 Plus. Like before, it’s IP67 weather resistant and comes with stereo speakers, which are now 25 percent louder. And no, the headphone jack hasn’t made a sudden return.

Still, there are some neat additions. Apple says it’s the screen has the most durable glass ever put into a phone, and Apple’s incorporated the TrueTone technology from the iPad Pro to adapt to whatever the lighting is in your room.

It uses an insanely powerful ‘A11 bionic’ chip, which appears to leave anything else on the smartphone market in the dust. It uses two high-power cores and four high-efficiency cores, and benchmarks show it to not just surpass Apple’s own iPad Pro, but even match its current Core i5 MacBook Pro 13-inch. There’s also a new 3-core GPU to improve gaming performance. Both processors are also designed to help compute AR tasks, and Apple showed an impressively detailed (1.2 million polygons!) AR game called The Machines.

There’s a new F1.8 camera on both models, as well as an improved F2.8 telephoto lens exclusive to the larger one, although only the wide angle is stabilized. Apple says it’s significantly improved the Portrait mode on the Plus model, and there’s even a new beta feature called ‘Portrait Lighting’, which uses depth sensing to help imitate a variety of flattering and/or dramatic studio lighting effects, such as Contour Lighting, Stage Light, or Studio Light 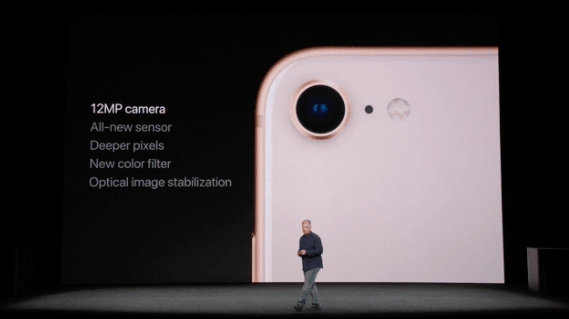 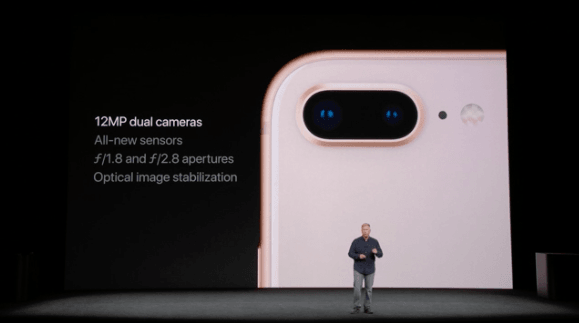 Video, meanwhile has improved with better 4K compression and 240 fps video at 1080p.