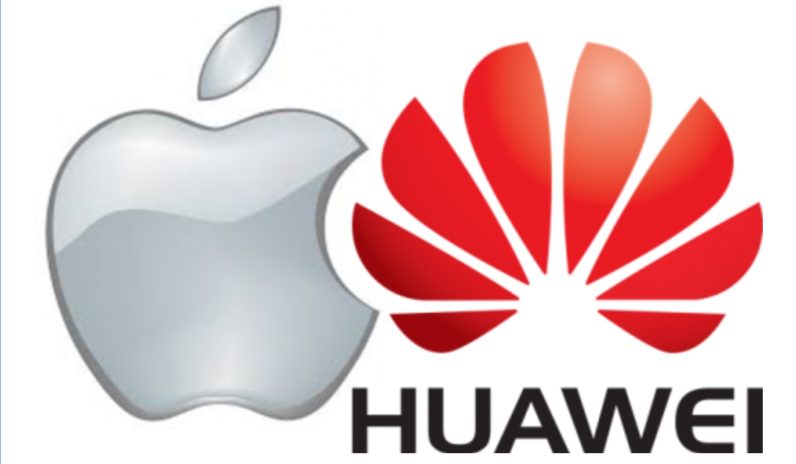 Smartphone sales have been invariably dominated by two players for several years: Samsung and Apple. But Huawei has slowly been catching up and has now surpassed Apple to become the world’s second largest smartphone maker, according to Counterpoint Research.

The firm has tallied up sales up to July, when Huawei just barely passed Apple’s sales. Of course, this is likely a very temporary victory, as Apple is set to unveil the iPhone 8 (which may be called the iPhone X or Edition) next week. Huawei will be releasing some new phones by the end of the year too, but there’s a lot of hype behind Apple’s 10th-anniversary iPhone and its nearly bezel-free design.

It’s also worth noting that while Apple now trails Samsung and Huawei, it generally releases only two or three phones per year, and the iPhone remains the most popular smartphone in the world. According to Counterpoint Research, the iPhone 7 held the top spot in July with 4 percent of sales, followed by the 7 Plus with another 2.9 percent.

In fact, Huawei doesn’t even make it into the top 10 smartphones. The company’s diversified portfolio means it can sell a ton of phones, but it also makes it harder to build brand loyalty as it’s difficult to build up hype around so many different devices. That’s likely one of the reasons Huawei has struggled to enter the US market. While people know to wait for the next iPhone or Samsung flagship, Huawei’s has too many phones to choose from – no matter how good they may be.

Huawei would probably benefit from cutting a few phone lines and rebranding its most powerful phones altogether. If the company can really break into the US market, Apple and Samsung may have something to worry about.

Read next: This job site wants to match developers and employers based on culture and values