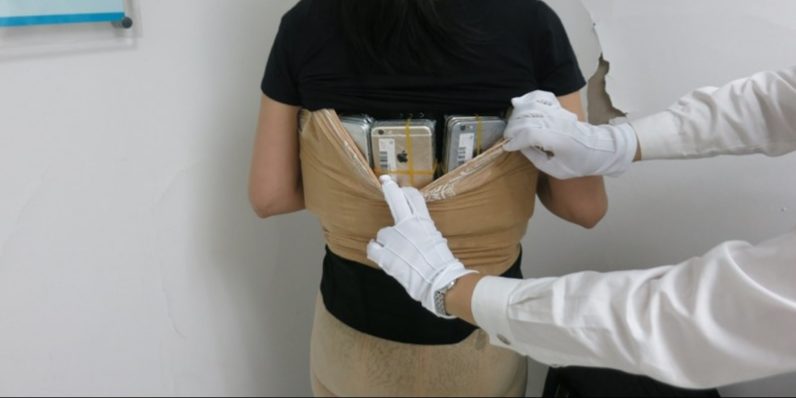 A woman recently attempted to smuggle over 100 iPhones into China to make a profit. The woman was taking what appears to be a common smuggling route — bringing iPhones from Hong Kong (where they’re cheaper) to mainland China by way of Shenzhen.

Officials at Shenzhen spotted bulges on the woman’s body underneath the heavy clothes she was wearing in the middle of the summer heat, and detained her. When they examined her, they found four layers of Apple devices, wrapped around her midsection like the bandages of a futuristic mummy.

The officials who detained her counted 102 iPhones and 15 luxury watches. In total, she was carrying about 44 pounds of expensive hardware, making her haul the world’s most expensive strength-training vest.

Hong Kong is notorious for offering electronics at cheaper prices than other places — and legally, as well. Smugglers are paid a commission to deliver the devices by unscrupulous retailers who then resell them for a marked up price. Previous investigations by Chinese police indicate the transactions can generate millions of dollars in profit.

Read next: I used a meditation app for 30 days and all I got was one with the universe