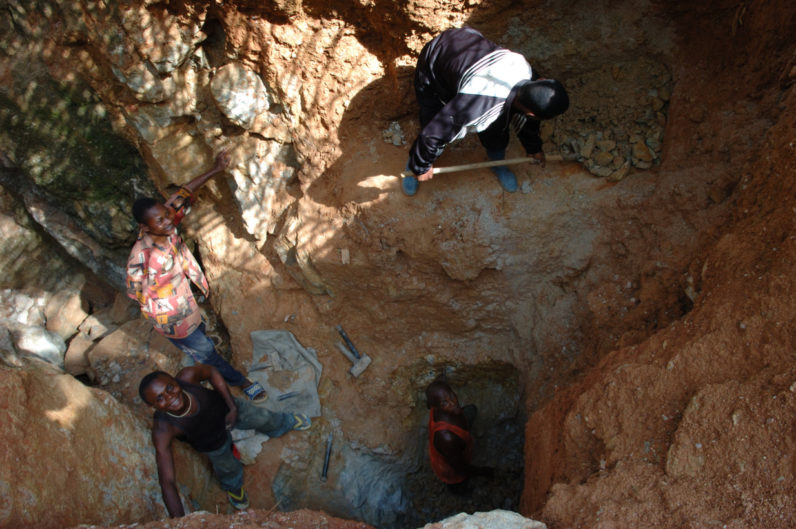 As the world’s biggest consumer electronics company, Apple has an incredible environmental burden on its shoulders.

Its customers have an insatiable appetite for MacBooks and iPhones. To build them, Apple has to dig up a lot of shit from the ground, often from places where environmental and labor regulations are lacking – or simply aren’t enforced.

Recognizing this responsibility, Apple has announced that it’s working on a “closed-loop supply chain.” What this means in practice is that it intends to rely entirely on recycled materials, and cease mining for rare earth minerals and metals.

Many of the metals and minerals we use in our phones are mined in one country – the Democratic Republic of Congo, which is a failed state controlled by several warring militias. These militias gain much of their funding from these mines, and our thirst for gadgets has arguably prolonged the conflict in the DRC.

To Apple’s credit, it has a pretty good track record here. Since March, 2016, it has audited 100 percent of its supply chain for these so-called conflict materials. Ditching them entirely is the next logical step.

Apple’s ambition is that future iPhones will be made entirely of recycled components – either taken from old iPhones, or from “high quality recycled materials” purchased from suppliers.

To do that, it’s heavily investing in recycling technologies. One of the most interesting is Liam, a robot that can strip an iPhone of its components.

E-Waste is a huge problem, both environmental and humanitarian. More often than not, obsolete electronics are shipped to West Africa, where they’re picked apart by workers who are paid an utter pittance to job that’s profoundly hazardous.

It’s not uncommon to see young children and teens melt down computer components to obtain the more expensive minerals – like gold – exposing themselves to toxic fumes in the process.

You can find out more about Apple’s goals in its 2017 Environmental Responsibility Report.

For consumers, Apple’s switch to a closed supply chain won’t really mean much. The end experience will stay the same. The only real difference is they can buy iDevices with a cleaner conscience.

But for the oft-forgotten people who mine the stuff that goes into phones, and actually have to deal with the aftermath of our addiction to technology, this is great news.

And with other companies showing a similar interest in cleaning up their supply chain, it seems that this will soon be the norm, and not the exception.

Read next: Hardwell will take the stage during our first ever Music Summit