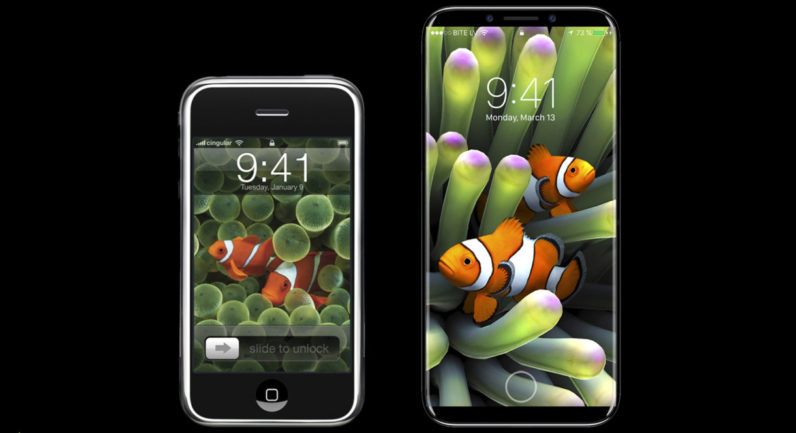 Apple might be about to break tradition with its next-generation iPhone.

While the Big A is still expected to reveal its revamped lineup of iPhones during its signature hardware event in September, noted Apple analyst Brian White speculates shipping might begin “several weeks later,” MacRumors reports.

This is what the analyst said in a recent research note for investment banking firm Drexel Hamilton, later obtained by MacRumors:

Our contact strongly believes the 5.8-inch iPhone 8 will be delayed by several weeks due to challenges around the 3D sensing technology, but still in time for the December holidays. This is not the first time that we’ve heard about a potential delay with a new iPhone; however, our contact was so emphatic about the delay that we are taking this data point more seriously.

Since it is only April, this situation could improve. Essentially, our contact believes customers will be able to pre-order the new 5.8-inch iPhone 8 along with the new 4.7-inch and 5.5-inch iPhones in September; however, the 5.8-inch iPhone 8 will not be available for delivery until several weeks later.

According to the publication, White cited a “smartphone contact” familiar with the “supply chain data points” around the upcoming iPhone.

The prediction aligns well with previous research conducted by the intelligence team at Barclays, suggesting that while pre-orders will open in September, a large chunk of all shipments might arrive with a slight delay of several weeks.

This also backs up reports by Chinese-based Economic Daily News, speculating the next-gen iPhone could be delayed until October or November due to challenges its rumored 3D camera.

Previous chatter hinted Apple might be gearing up to start production for its new flagship phone earlier than usual. The decision, however, was not expected to cause any changes in shipping dates – which doesn’t seem to be the case anymore.

It’s worth noting that White himself warns it’s still early to make conclusive claims, so don’t be too surprised if Apple manages to deliver its new iPhone on time.

Among other things, the handset is expected to come in three different sizes and feature an all-glass design with a steel frame. It could also support wireless charging – much like the Galaxy S8.

Read next: Bankers in City of London to get free 1Gbps wifi courtesy of O2