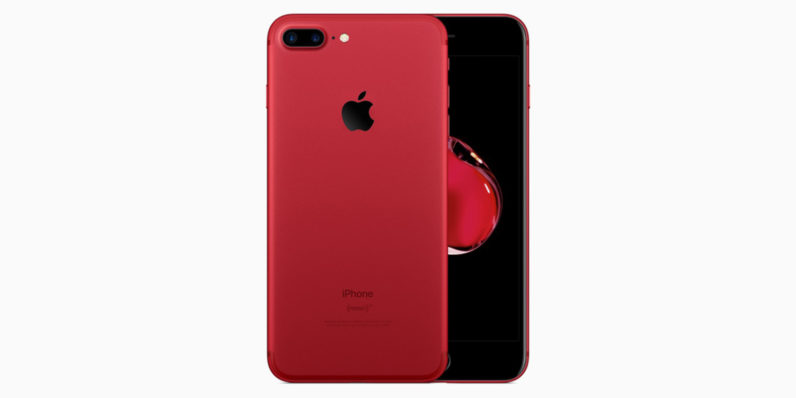 Apple might have only dropped its special (RED) edition of the iPhone 7 less than 24 hours ago, but one resourceful designer has already imagined a whole new appearance for the handset – and it looks absolutely stunning.

Render artist Benjamin Geskin took to Twitter to share an intriguing concept design that reimagines the (RED) iPhone with a black front. While the overall changes essentially boil down to replacing the white front with a black one, the outcome is quite appealing – especially to connoisseurs of black and red.

You can catch a peek at Geskin’s design here:

For comparison, take a look at this photo of the red and white variation of the device as displayed on the Apple online store.

Despite its refreshed appearance, the (RED) iPhone 7 is virtually identical to the other versions of the device. It retails at $749 for the standard model and $869 for the Plus-sized variation.

Shortly after the Cupertino heavyweight unveiled the AirPods, enthusiasted render artists rushed to remake the wireless earbuds in various colors. Apple accessory-maker ColorWare similarly jumped on the bandwagon with its own custom-colored AirPods offering.

So while the black and red design is merely a concept for now, chances are you might actually be able to order one of these beauties in the near future.

Which color option of the new (RED) iPhone do you like better? Share your preference with us down in the comments.

Read next: Samsung leak gives us our first look at the desktop dock for Galaxy S8