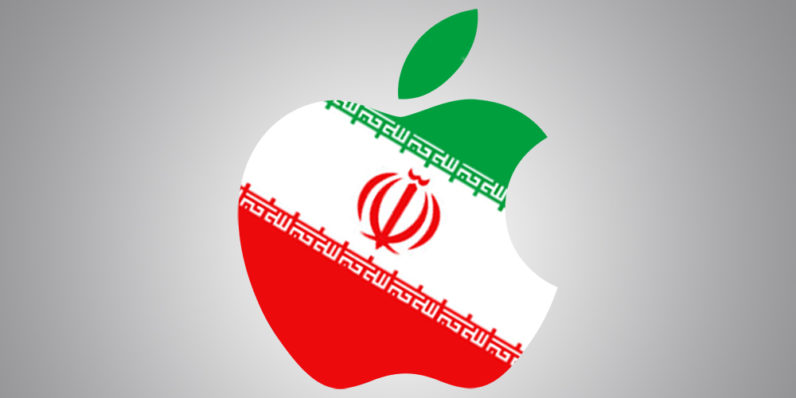 Update: A source familiar with the matter has told TNW that Apple is indeed removing Iran-based apps from the App Store. This means that any developers or businesses operating in the country will be denied access to Apple’s app distribution platform.

The decision has to do with certain limitations in US national law and has no relation to any actions or executive orders issued by the current administration.

“If the apps are from developers in Iran or doing business in Iran, Apple will reject them, as they are against US national law,” the source said. “So any rejection of apps on the App Store relating to Iran has nothing to do with any actions or executive orders by the current administration.”

While the reasons for the takedown remain unclear, TechRasa speculates the move has to do with certain restrictions in international trade laws – though the details seem to suggest there might be room for maneuver.

TechCrunch remarks that last September Apple granted Iranian startups and developers limited access to the App Store in order to avoid having software-builders register their apps from foreign countries. Although initially the electronics giant kept gradually easing off its restrictions for Iran-based apps, it seems things have suddenly came to a halt.

Local developers reported Apple has been serving the following message to turn down submissions for the App Store:

Unfortunately, there is no App Store available for the territory of Iran. Additionally, apps facilitating transactions for businesses or entities based in Iran may not comply with the Iranian Transactions Sanctions Regulations (31CFR Part 560) when hosted on the App Store. For these reasons, we are unable to accept your application at this time.

We encourage you to resubmit your application once international trade laws are revised to allow this functionality.

But there is one curious inconsistency: While the Cupertino behemoth cites restrictions in international trade laws as the reason for the takedown, the now-removed DigiKala service relies on the local Shaparak payment system, which is strictly isolated from international transactions and as such shouldn’t breach Apple’s terms and conditions.

According to TechRasa, a number of Iranian banks have resorted to alternative methods for distributing its iOS apps without submitting them to the App Store or requiring customers to jailbreak their phones.

Given that Iran is currently home to more than 40 million smartphones, with estimates showing six million of these are iPhones, Apple certainly has incentive to come up with a workaround that allows the inclusion of local apps to its distribution platform.

Why Is Apple Removing Iranian Apps From the App Store? on TechRasa

Read next: UberEats now delivers Londoners the greatest meal of all: Breakfast