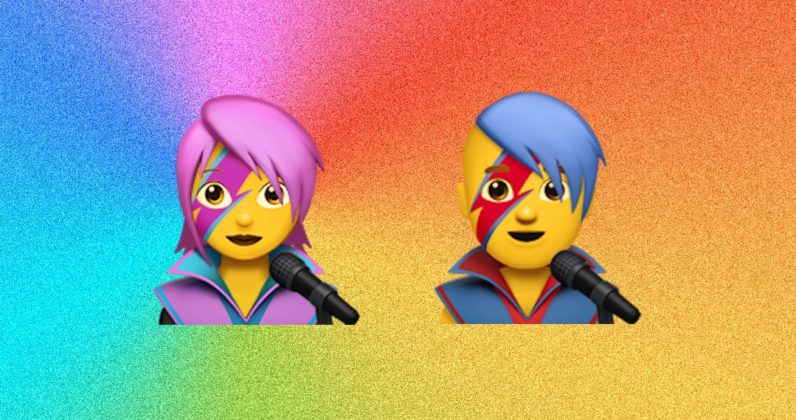 If you were excited about the shrug, you’re going to piss yourself over Apple’s new ‘singer’ emoji — if you’re a David Bowie fan, anyway.

Nobody is going on record to confirm this is a Bowie homage, but you’d be blind if you didn’t notice the similarities. The iconic lightning bolt half-hidden by the colored glam-rock hair has Bowie’s alter ego, Ziggy Stardust, written all over it. Of course, if this were a Bowie homage, it’d be better served as a unisex emoji, a hat tip to the gender-bending pioneer himself.

But, as Emojipedia CEO Jeremy Burge is quick to point out, isn’t officially Bowie. The emoji could be drawn in different styles, and it’s likely it’ll appear different depending on where you view it (or on what device).

Be that as it may, on Apple devices this is definitely Bowie, and you won’t convince me otherwise.

Read next: Android installed on 9 in 10 mobile devices -- a new record