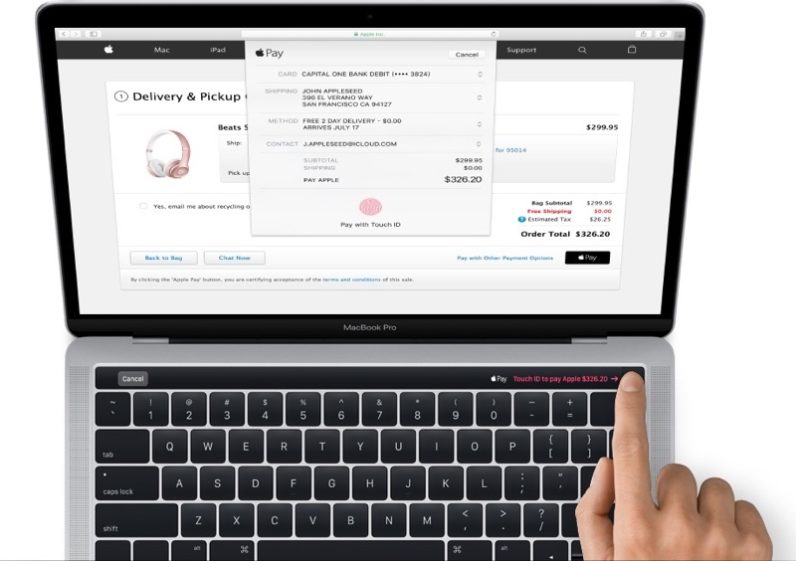 Apple made a bit of a woopsy and leaked out the new MacBook Pro ahead of its October 27 event, ‘Magic Toolbar’ and all.

As spotted by MacRumors, an update to macOS Sierra 10.12.1  – which went out yesterday – includes a clear look at the new OLED touch panel above the keyboard.

As a recap, the panel is set to replace the function keys and provide some additional shortcuts and features. You can see it provide TouchID support for Apple Pay on the right corner, as well as a cancel prompt button in the leaked image above.

As for the laptop itself, it looks like a mashup of the current MacBook Pro and the 2015 MacBook. The keyboard appears to be flatter, like the new MacBook, and the screen bezel is slightly smaller (though the angle may be deceiving us).

Curiously, there appears to be no escape key or power button on the keyboard.

It won’t be long until we find out more. Stay tuned to TNW for Apple’s event on October 27 at 10 AM Pacific.