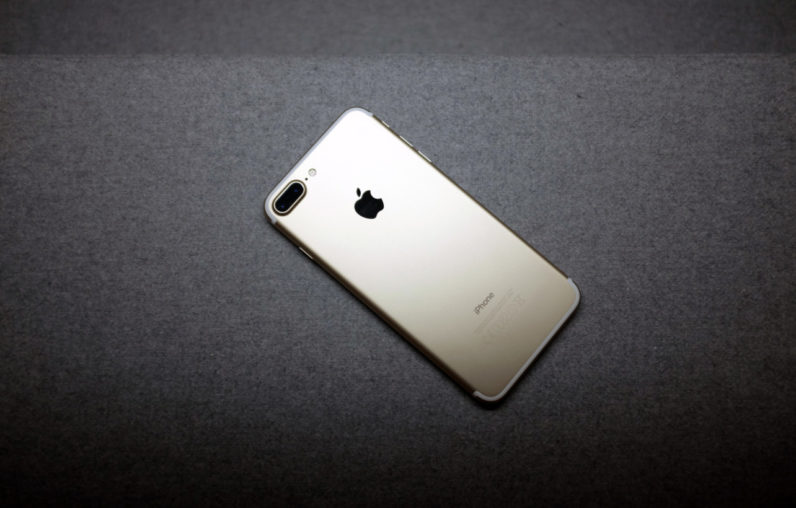 On the day of its release, not an inch of the Web was void of iPhone 7 reviews. Written within a few short days of use, bound by cramped deadlines and with very limited time to actually experience the product.

And while we have no issue with technical specifications and rushed reviews, we wanted to highlight the experience of living with the product by integrating it into our daily life.

For more than a billion people around the world, using an iPhone is something they already do every day. They’re happy with their phone and it does exactly what they want it to do.

So is buying an iPhone 7 going to improve your life? Is the latest upgrade worth the money and hype?

The iPhone is a beautiful product. Throughout the years, the design has been changed, tweaked and refined to the iPhone 7 of today. It’s a computer in a light, aluminium housing that fits in your pocket.

But actually, some things have changed. The dreaded camera bump on the 6 and 6s is now slightly tapered, and fits better with the rest of the phone’s body. And with the antenna line now curving around the top and bottom of the phone, its back is left an uninterrupted slate of aluminium.

Also, you now get to pick from two new colors: Jet Black and Black, which replaces Space Grey.

Whichever color you pick, it’s still easy to spot that you’re using an iPhone 7, if you care about that sort of thing.

But let’s stop looking at it and start using it.

When turning on the phone, the first thing you’ll notice is the speed it packs. The processor has been significantly improved and now has four cores. Meaning everything works as fast as you can act.

Click on an app, and it instantly opens. Fancy a few photos, and take as many as you please without delay.

From TouchID to installing apps, it works like it’s meant to.

Me being, well, me, I immediately began playing various graphics-intensive 3D games, and they all run buttery smooth. This phone is probably faster than you need it to be.

Another thing you’ll notice instantly upon picking up the device is how much the screen has been improved. If you look at the numbers, it’s 25 percent brighter and now sports a much wider color gamut than before.

Even though it’s not an OLED screen, which looks even better and is already being used on other devices, it still manages to be very impressive. At worst, it’s easier to see in bright light. At best, it looks like a portal into a better rendered version of reality.

While on my bike, I could easily check messages without needing to squint to see the screen in bright sunlight. It’s not perfect — in some circumstances it can still be hard to see everything – but it’s a definite improvement.

Additionally, the wide color gamut means that everything on this screen looks amazing. I snapped a quick picture of a flower bouquet along the beautiful Amsterdam canals, and was impressed to see how the colors on the screen looked exactly like those in real life.

Talking about reality, the camera is one of the most-talked about features on the new phone. Especially the 7 Plus, as it sports not one but two 12 megapixel cameras.

Casually capturing images with the phone, a wide-angle camera is used. A 2x optical zoom, with up to 10x digital zoom, can be achieved with the telephoto camera.

There’s also optical image stabilization in both the 7 and the 7 Plus, which especially helps in low-light situations when the sensor needs more time to capture light — though shaky hands are the sensor’s nemeses.

The pictures it takes are great, and they display beautifully on the new screen. It’s a definite improvement, but hard to notice if you’re used to the camera of the 6s — except for pictures taken in low light.

You can find some unedited examples of the camera at the end of this article.

Something that’s exclusive to the 7 Plus is Portrait Mode — an imitation of the depth-of-field effect that you normally only see on more expensive DSLR cameras. The feature isn’t officially released yet, but is already available to try in the iOS 10.1 beta — the pictures above are taken with the feature on and off.

If you take it for a spin, you’ll quickly notice it works pretty well, but is clearly still an imitation of the real thing. There are easily noticeable artifacts, primarily around the edges of the subject. If the algorithm improves, it has the opportunity to become a great effect that makes iPhone photography even more impressive.

There are a couple of quirky things about the iPhone 7, which you may have already read about.

The biggest shocker is, of course, the removal of the headphone jack.

There are a plethora of opinions on this, however, I believe you’ll forget all worries within a few hours. Included in your purchase is a pair of lightning EarPods and a 3.5 mm to lightning adapter, which will cover most of the problems you may encounter.

Apple might not have taken the best strategy to promote a wireless future, but in a year nobody will be talking about the loss of the headphone jack.

Also, it’s water resistant. And yes, it works as advertised.

Drop your phone in water up to two meters deep for up to 30 minutes, and it’ll be fine. For me, this has mostly been a nice party trick — it definitely gets people talking. But when clumsiness strikes, it’ll be a lifesaver.

Then there’s the home button that doesn’t click anymore.

At first, it feels strange — almost like the entire lower part of the phone is clicking, not just the button. But after a while, I liked it much better than the old home button. It instantly reacts to a press, which makes for a smoother experience.

You can even customize the level of feedback you get from the built-in Taptic Engine, so you pick the ‘click feeling you like best. Combine this with the added protection of a movable button, previously prone to failure, and it makes for a great change.

One thing I’ve appreciated more than I thought I would are the new stereo speakers — one in the earpiece and one in the grill on the bottom of the device. When I’m watching an episode of Narcos, the sound is much louder, clearer, and has more bass. Forgot to bring your Bluetooth speaker to a party? You now have a suitable replacement in your pocket.

A smaller yet noticeable change is that of the Taptic Engine. Not only does it make the new home button click, also works to make all interactions feel less digitial, and more ‘real’.

Pull down the notification center and you can feel a small ‘bump’ when it hits the floor of the screen. Or when you’re setting a timer with the rotary dial, there’s a subtle ‘click’ when you select the hour and minute.

The addition of these pieces of haptic feedback make for an experience that’s more tangible, without being tacky like iOS 6’s overuse of skeumorphism.

Apple says the 7 has two more hours of battery life than its predecessor, and 7 Plus owners receive an additional hour. In our tests, the 7 Plus easily lasted for an entire day, even with heavy use. The longer battery life is partially made possible by the more efficient processor and a bigger battery the company has been able to cram inside — partly thanks to the removal of the headphone jack.

It’s an improvement, but there’s definitely still work to be done on this front, especially with competing devices sometimes being able to hold up two days of charge.

Of course, part of the experience of using the iPhone 7 is fully being able to enjoy iOS 10. It includes new features like Raise to Wake, which lets you quickly check on your phone without having to press a button. Or the revamped Photos app, that now automatically compiles memories based on the pictures you’ve taken. It’s a great operating system, and it works like a charm on the 7.

But not everything’s perfect.

The bezel around the screen is ridiculously big, both on the sides and on the top and bottom — phones like the Galaxy 7 Edge have already removed this. It makes the 7 bigger than it needs to be, making the Plus model even more humongous. It’s too big to use with one hand, and doesn’t easily slip into your pocket.

Another thing that bothers me is the lack of explanation regarding new features. Most people who buy the iPhone 7 do so because it’s the newest iPhone available, not because they know everything it does.

For example, the fact that it’s waterproof isn’t communicated anywhere — not on the box, not in the small guide that comes in the box, and not when you set up the device.

The same thing goes for 3D touch, a feature that was introduced in last year’s iPhone 6S. Though it’s a big part of the user interface, many 6s owners I know didn’t know it existed before I showed them. This has to change, especially if Apple cares about customers acknowledging the innovation in their products.

But they are all small detractions from the fact that the iPhone 7 is a phenomenal phone. Depending on your taste in design, your app ecosystem of choice, the compatibility with other devices you own and your budget, it can be the perfect phone for you.

It definitely is for me.

I like Apple’s design choices and the way the iPhone works. The camera is still unbeatable, and I think the iOS App Store has the best apps. Some of the phone’s biggest pain points — like the awkward Siri integration with third-party applications — have been fixed in iOS 10. For example, you can now order an Uber simply by talking to your phone.

All in all, the iPhone 7 is a great device that has been significantly improved. It might look largely the same, but what’s inside is very different. If you’re dying to get a new phone, it’s a great buy.

But maybe you should wait.

Next year marks the 10th anniversary of the iPhone, and it’s rumored that bigger changes are coming. With prices ranging from $649 to $969 without a contract, your wallet will most certainly thank you.

If you have a 6s, consider if the price you’d pay is worth the biggest upgrades — the camera, the screen, and one of the two new colors. If you’ve been waiting longer, or if this is your first iPhone, there’s no better time to convert to Apple than now. 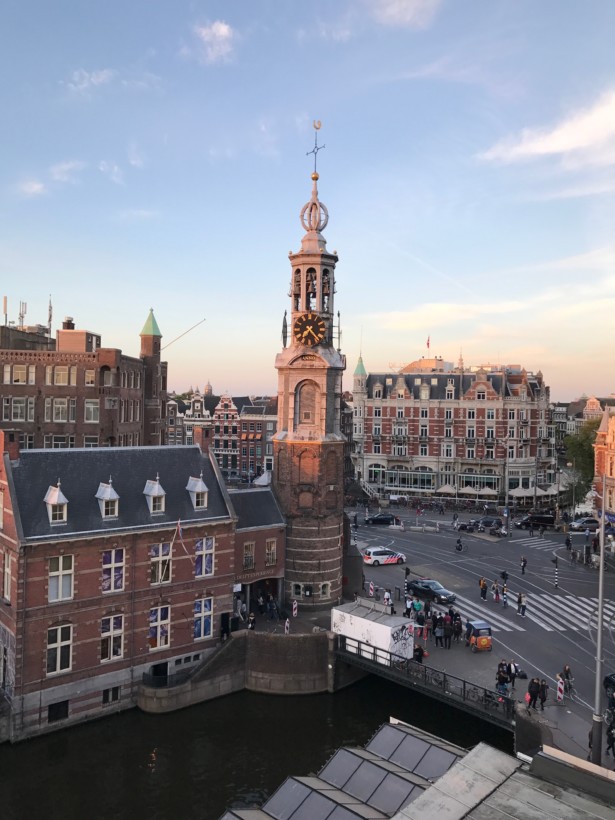 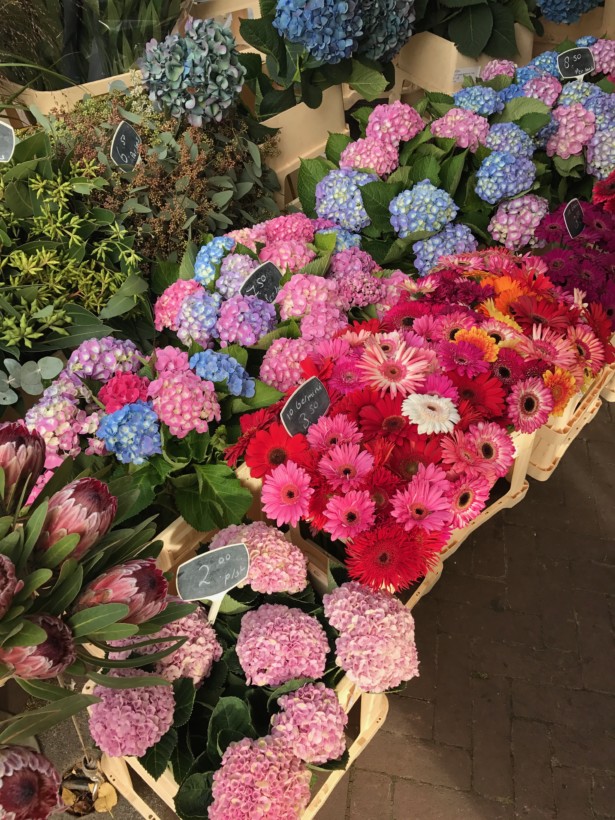 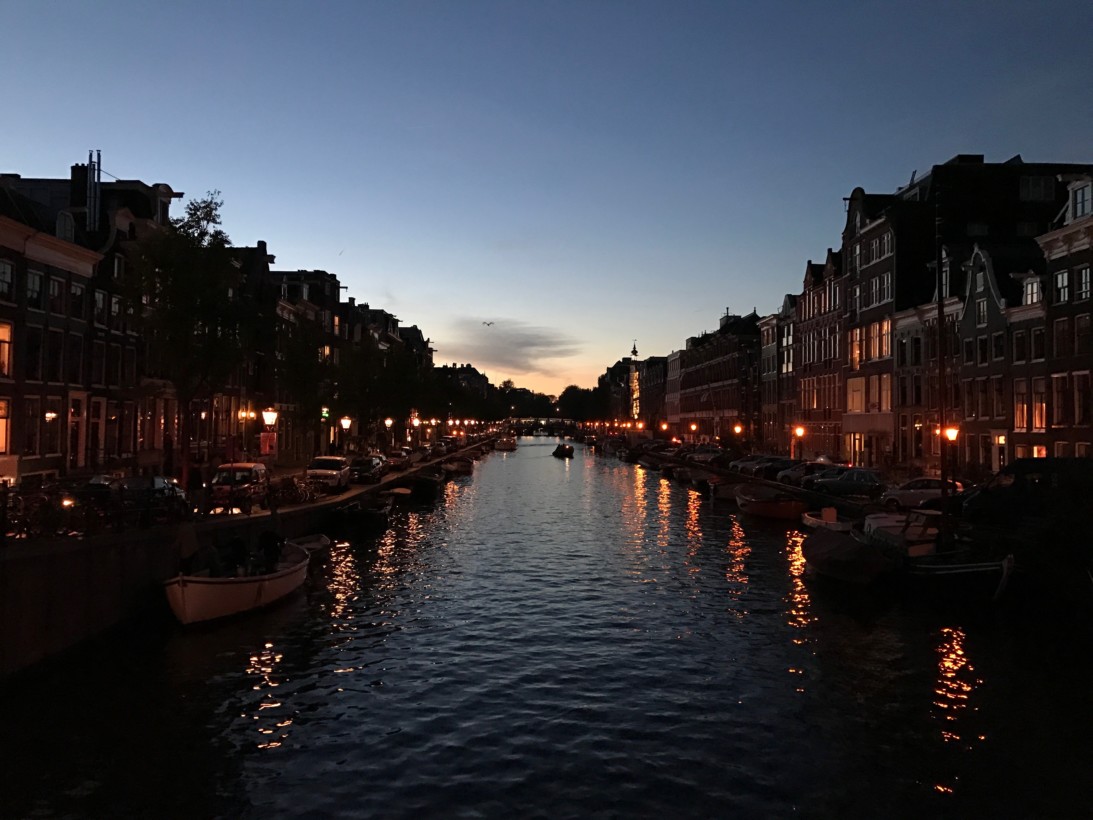 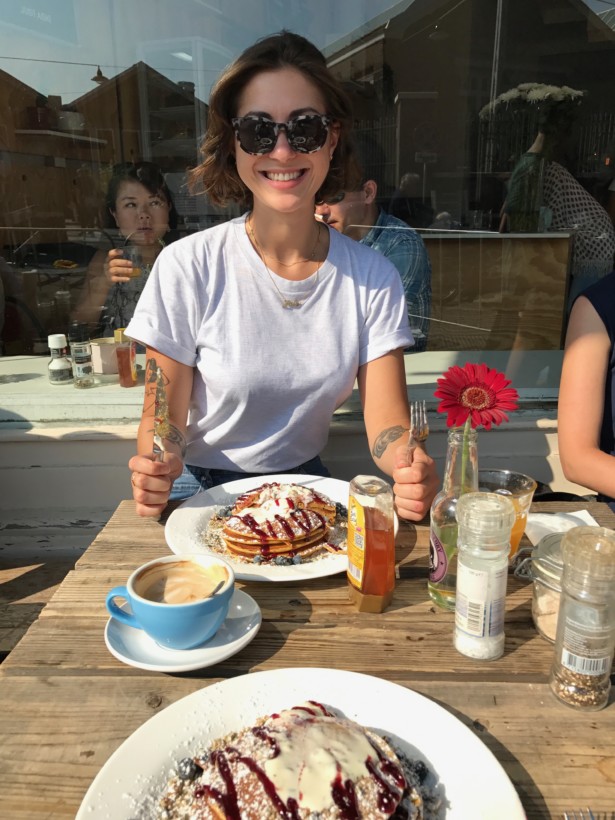 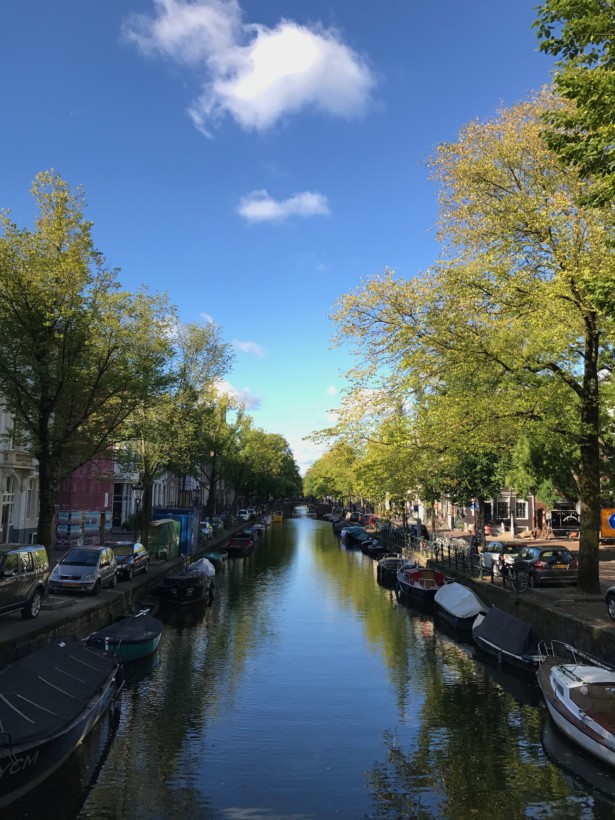 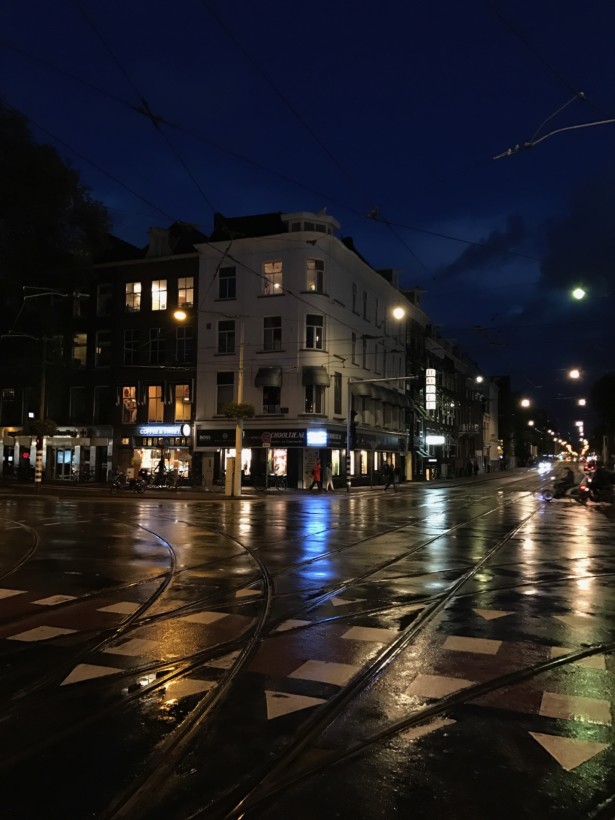 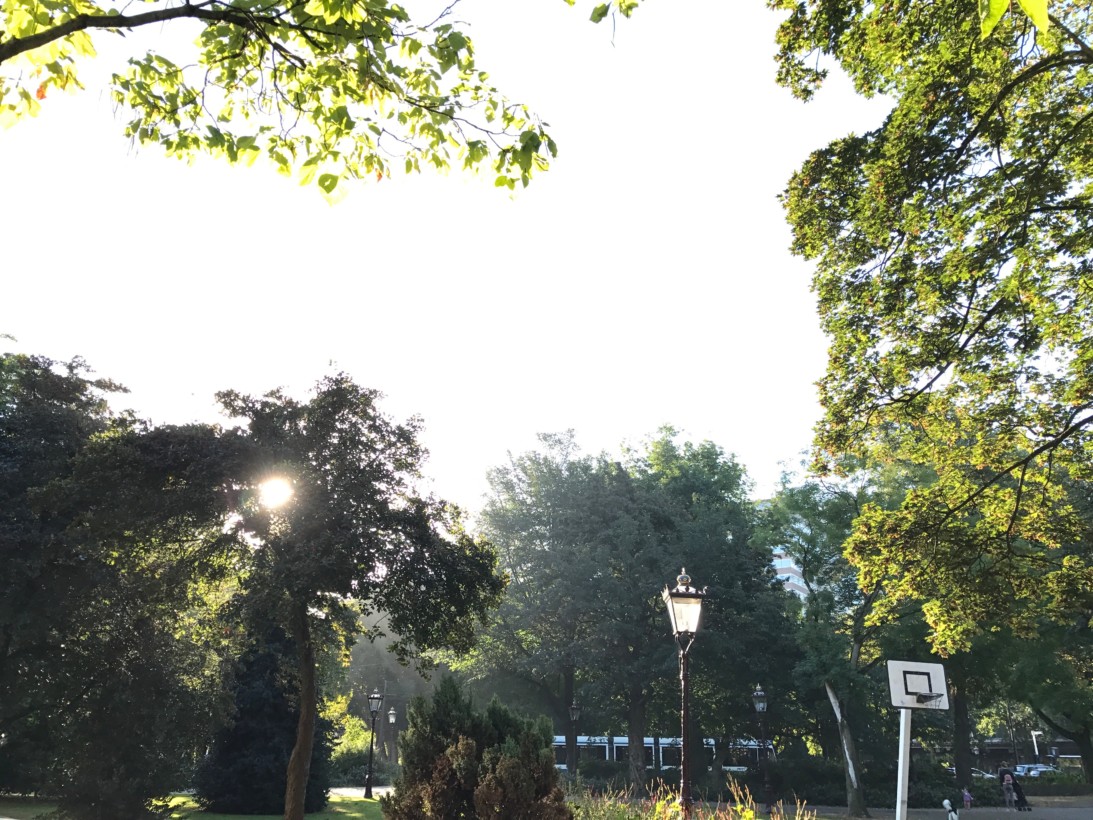 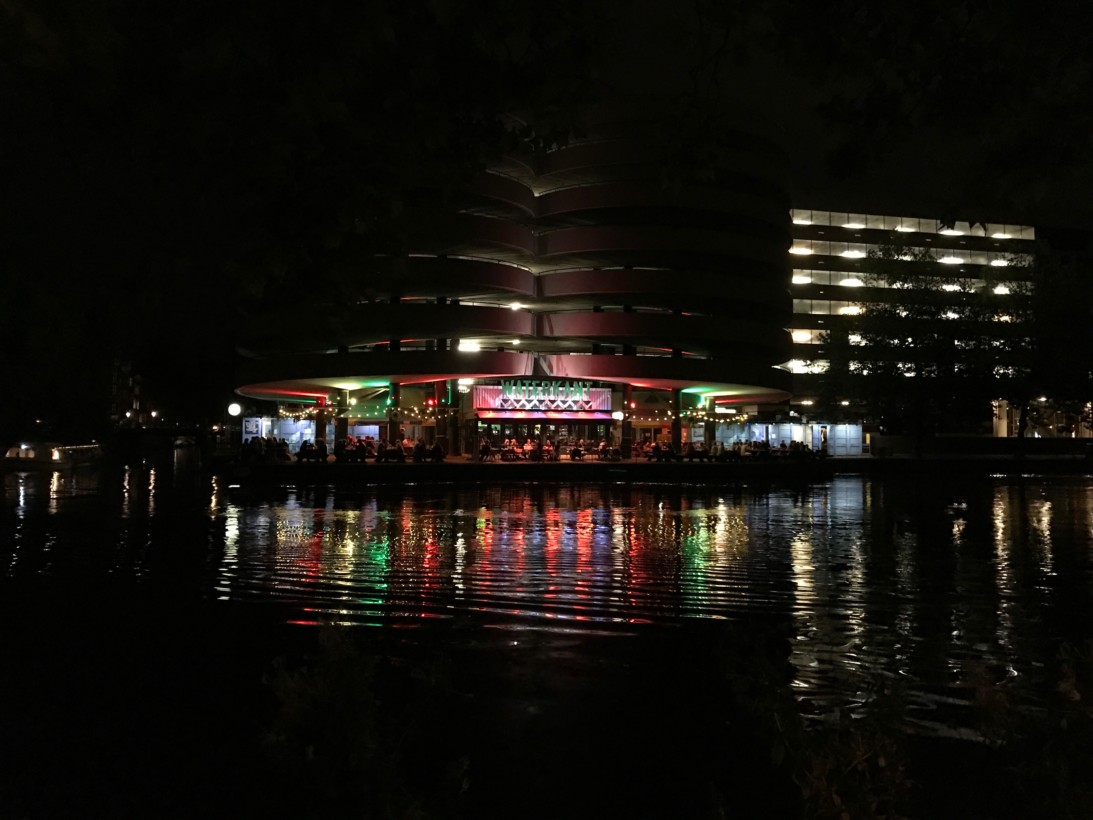