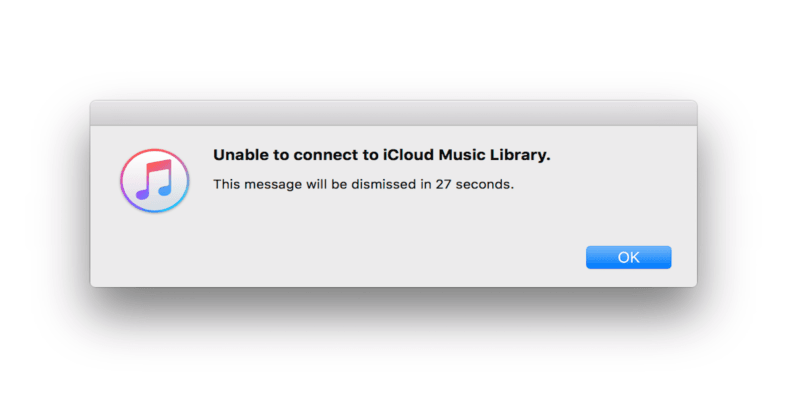 This morning has basically been a disaster for Apple. First its highly-anticipated roll-out of iOS 10 welcomed users with a bricked device. Now, following the release of iOS 12.5.1, users report they can no longer connect to iCloud Music Library — the lynchpin required to sync music across supported devices.

iPhone, iPad, iPod touch, Mac or Windows (and Linux) PC users are all susceptible to whatever is causing the issue and many are finding their content inaccessible while the service is down.

When attempting to access the feature after today’s update, users are met with the following error message. After clicking ‘OK’ the message disappears, only to reappear seconds later.

We’ve reached out to Apple for comment and we’ll update if necessary.

iCloud Music Library down for many users following Apple’s iTunes 12.5.1 update on 9to5 Mac

Read next: Apple finally lets you remove 23 built-in apps you don't care about