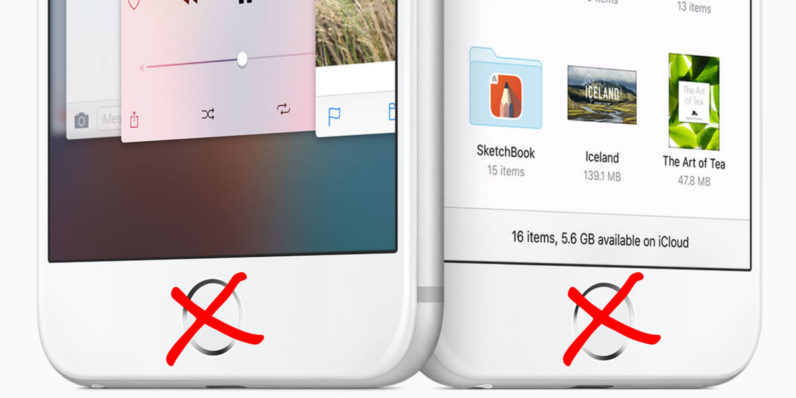 Another day, another iPhone rumor. The latest report from Bloomberg indicates that the 2017 iPhone will kill the home button.

This isn’t the first time the rumor has popped up, mind you; it’s been floating around ever since we’ve been told the 2017 iPhone will have a curved OLED display. The point appears to be killing the top and bottom bezels as much as possible.

The craziest bit about the rumor though is what Apple will do the TouchID sensor. It could just most it to the back, Google-style, but instead it appears Apple may build TouchID into the display itself.

The idea isn’t totally unprecented. LG developed an invisible fingerprint scanner a few months ago, and while that wouldn’t sit in the display itself, it’s not unfeasible that apple could figure out a way to make that work.

The front facing camera and speaker slit, on the other seem a lot more difficult to completely hide – my bet would simply be that the top bezel will simply become smaller rather than be removed.

True or not, expect next year’s iPhone to be a radical design shift. It’s the phone’s 10 year anniversary, so Apple’s going to want to go all out – which is probably why this year’s model will be so boring.