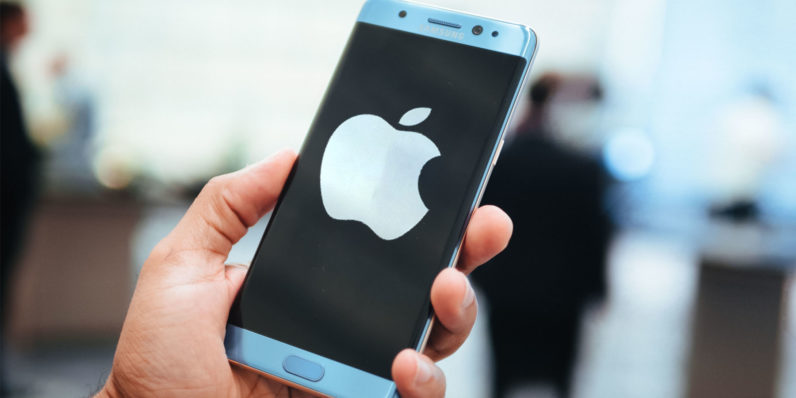 We’ve already heard plenty of rumors that Apple is introducing a curved display for the 2017 iPhone, but new reports are suggesting that this will be a third tier in the company’s product line.

A report from Nikkei indicates the flagship 2017 iPhone won’t have a completely wraparound display, as previously rumored, but instead will be a 5.5-inch (or larger) model with an OLED display that curved at the sides much like the S7 Edge or Note 7 (LCD can’t typically curve, so it has to be OLED).

Samsung is alleged to be the primary provider for these panels, but there’s concern over whether it could keep up with making curved screens for both Apple and its own devices. Longtime Apple manufacturer Foxconn has been ramping up its own production of curved glass and OLED panels to help secure orders from Apple.

The curved screen could allow for some functionality activated using the edges, but the main benefit is likely the same as on the S7 Edge and Note 7; fitting a large screen into a small body.

For comparison, the 5.7-inch screen Note 7 significantly smaller than the 5.5-inch iPhone 6s Plus. Earlier rumors indicated the 2017 iPhone would have a 5.8-inch screen in a body about the size of the current 6S Plus.

While rumors don’t indicate a resolution bump, it’s worth noting that Samsung typically uses an PenTile subpixel arrangement in its OLED panels.

This arrangement leads to lower perceived sharpness than traditional LCDs at the same resolution. I find it unlikely Apple wouldn’t address that sharpness discrepancy, so my guess would be that the company would either request a panel with a standard RGB row subpixels, or bump up the resolution to compensate.

This new model would live alongside 4.7-inch and 5.5-inch flat-screen devices, both of which would use LCDs.

That seems like it will leave the company’s portfolio rather cluttered. Whereas before it had just the one iPhone, now it will have three products per generation – four if it decides to update the SE as well. More choice is generally a good thing, but I can’t help but feel the company would be diluting its offerings with such an expansive lineup; it seems like at least the flat 5.5-inch model could go.

But then again, Samsung gets away with having like 527 devices, so who knows.

High-end iPhone to have Samsung-like curved OLED display in 2017: source on Nikkei

Read next: Twitter's dark mode has landed on iOS