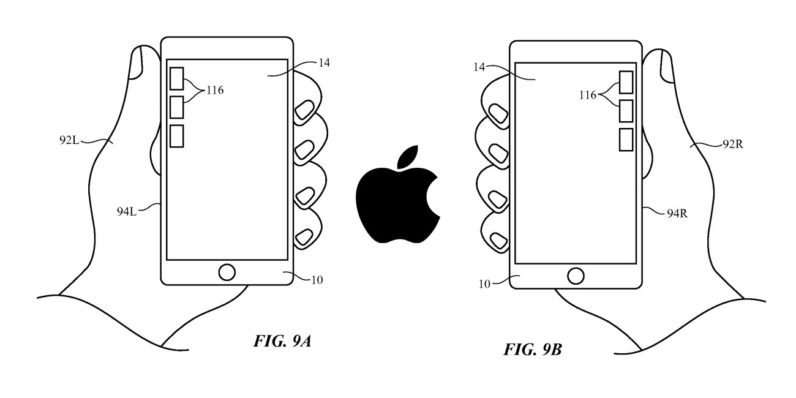 You might not need an iPhone SE if you want a phone you can use with one hand.

An Apple patent describes how in the future your iPhone could detect how it’s being held, and automatically move interface elements for optimal thumb reach. Using your left hand? Buttons move to the left. Is you thumb near the bottom right? Buttons could be there too.

Moreover, Apple says it can implement the feature with existing iPhone hardware, which means this sort of smart UI shifting could simply be an update away. Some techniques including monitoring your device’s accelerometer and gyroscope, or even track changes in signal performance as you move your thumb across the display. On the simpler side, Apple could just look at what thumb you used to log in with Touch ID.

Still, Apple says it’s considering specialized hardware, such as touch sensors on the body of the phone for extra accuracy, which would probably be the better choice in the long run. In fact, apple is considering similar technology for a future Apple Pencil too, allowing it to sense things like rotation, or letting you adjust parameters using multi-touch.

It’s one of those “hey, I thought of that first!” ideas that I’m glad to see could become a reality. Like so many others, I find the real estate afforded by larger phones to be invaluable (it’s why I’ve always been an Android guy), but have relatively small hands. That’s why manufacturers have started implementing manual one-hand modes, but they’re almost always too clunky for regular use. I’d wager most people don’t even know they exist.

A seamless, automatic one-handed mode could be a game-changer. Here’s to hoping team Android catches on.

Read next: Thanks to Fridgeye we've reached peak IoT, and it's beautiful