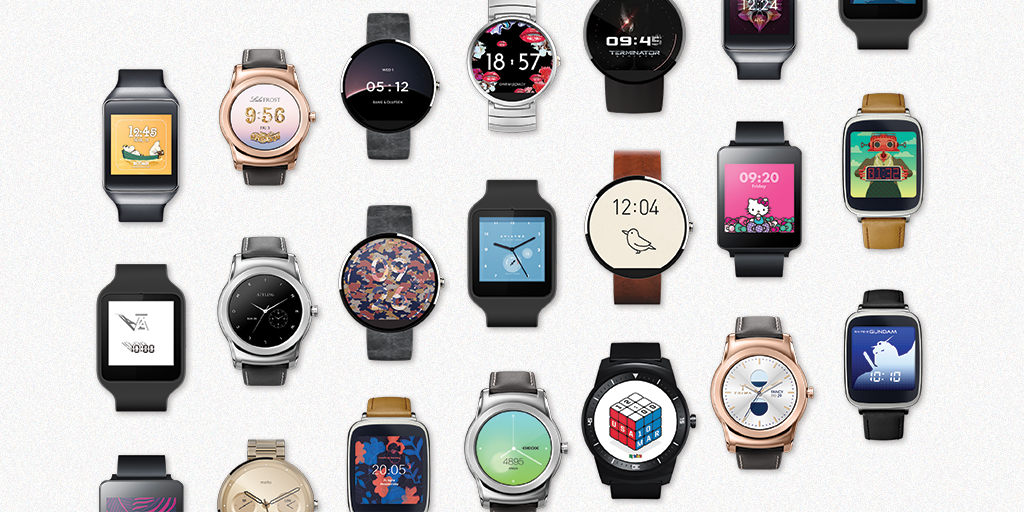 In many ways, 2015 was the first true ‘year of the smartwatch.’ Though they might not have yet become the ubiquitous phenomenon manufacturers were hoping for – too many early-generation qualms for the average person – there is a newfound public awareness and interest that will continue to drive the technology for years to come.

There are a ton of different options out there however, so choosing the right smartwatch can be duanting. Don’t fret though; we’re here to help you. Read on for a breakdown of everything you need to know before purchasing one of this years top smartwatches.

You’ll need a device that actually works with your phone. And though most smartwatches now feature some degree of cross-platform compatibility, they might offer different functionality on different platforms.

Then you have smartwatches with multi-platform compatibility from the start. Pebble is a contender here: all three of its current models (the Time, Time Steel and Time Round) work on both iOS and Android. That said, some features, such as certain notification controls and voice search, are more powerful on Android.

If you’re a Windows Phone user, your only option is currently Microsoft’s Band, which is not so much a smartwatch but more of an excellent fitness tracker with some ‘smart’ features. It works nearly identically with iOS, Android and Windows Phones – you’ll just miss out on Cortana voice search integration with the former two.

It’s also worth noting that being multi-platform means your smartwatch may get new features more slowly, but you also don’t have to worry about getting a new smartwatch if you decide to jump onto a different OS.

Every smartwatch can handle notifications to an extent – that ability practically defines the category. They also all feature music playback controls, pedometers, changeable watchfaces and varying numbers of apps. Other features can vary pretty dramatically.

The Apple Watch ticks off a strong list of features, including effective heart rate tracking, Siri integration, a retina display and a widespread selection of apps. There are also some touches unique to Apple’s platform, including Force Touch, a ‘digital crown’ for navigating the interface, the ability to use the watch as a speakerphone, and even sharing your heartbeat with friends and family (it’s up to you decide whether that’s creepy).

All Android Wear devices are compatible with the same extensive set of apps and Google-centric abilities, so the experience of using any of them is largely the same (Google doesn’t allow skins on Android Wear). Google Now integration is a highlight, allowing you to easily perform voice searches and reminding you of things such as appointments, travel times and the weather. Notifications are powerful and allow you to do most of the same things you can on your phone.

In general, Android Wear devices $200 and under don’t have a heart rate sensor and use square displays, while $300+ devices can track your heart rate and feature circular panels.

It’s also worth noting Motorola’s second generation Moto 360 has an ambient light sensor, so you don’t have to worry about adjusting brightness, but it comes at the expense of ‘flat tire’ look at the bottom of the screen (which also enables its thin bezel). The Huawei Watch is another standout with its sapphire crystal display and high pixel density.

Samsung’s Gear S2 has unique rotating circular bezel, which allows it to have one of the most intuitive and powerful interfaces of any smartwatch yet, while also featuring heart-rate tracking and a high res display. It’s packed to the brim with features, including the ability to actually type texts with an old school T9-style keyboard.

A more expensive 3G version is also one of the very few smartwatches that can be used completely independently of your phone for calls and data, and that model also includes a GPS sensor as well. Voice search is more limited than Apple or Google’s offerings, however, and the app selection isn’t quite as expansive yet.

As a smartwatch, Microsoft’s Band is mainly a notification hub – though the company has slowly been adding more features – and on Windows Phone,  Cortana provides some decent search functionality. It’s still a fitness tracker first and foremost though (see section below), so you’ll find the selection of ‘apps’ extremely limited.

Meanwhile the Pebble is the only device on this list without a touchscreen, though navigating the interface with buttons is old-school satisfying. The platform has had time to build out a strong set of apps, and though it’s display only has 64 colors, the e-ink technology gives it a full week of battery life, is always on, and makes it by far the easiest display to read in the sunlight. It also includes a special port for adding third party accessories called ‘smartstraps‘, but we’ve yet to see it put to any great use.

If you care about fitness more than notifications, you’ll want a heart rate sensor and/or GPS. Microsoft’s Band has very accurate versions of both of these, (the heart rate sensor tracks your stats all day), as well as arguably the most robust health app for a smartwatch (though others are catching up).

This is especially true of the Web interface, which provides a smattering of details. That includes the usual like mapping your runs and calories burned, but also provides information like your blood oxygen levels, UV light exposure, and comparing your stats to otherpeople. It’s lack of apps limits its abilities somewhat, however.

Apple’s doesn’t include the same hardware chops as Microsoft’s band, but offers the best health-tracking performance among among full-fledged smartwatches thus far, thanks to solid heart rate sensor performance. Apple Health is robust and integrates into almost every fitness app out there.

Android Wear devices have decent set of health apps, including the constantly-improved Google Fit, and most manufacturers include their own specialized apps too. Unfortunately, pretty much every device we’ve tried has trouble with tracking heart rate during high activity (which ironically is when you most want it to work), and check heart rates at less regular interfvalsso you may rely more heavily on pedometer counts for calorie burn.

Neither the Apple Watch nor any Android Wear device currently features GPS (with the exception of the Sony Smartwatch 3), which is useful for tracking your runs without bringing your phone along or wasting its battery. It’s also worth noting Motorola has a fitness-focused version of the 360 coming out in January in the US (December 18 in the UK and France), which does feature GPS.

The Gear S2 heart rate sensor works decently enough, and you can set it to measure your hart rate throughout the day with different frequency intervals. It can tie into Samsung’s S Health or Google Fit, which themselves tie into more third party apps like MyFitnessPal. There’s no GPS on the standard S2, but the more expensive 3G model does include the sensor for tracking your runs.

The Pebble lags behind the crowd here, with only pedometer functionality, but it’s hard to expect more given its price, size and battery life. Speaking of…

No matter how efficient manufacturers try to be, smartwatches just can’t come anywhere near traditional watches for longevity. This is mostly contingent upon the display technology, with both AMOLED and LCD displays limiting most smartwatches to a maximum of two days on a charge, or one and a half days with more realistic usage if you get a lot of notifications.

With most options you’ll be charging your smartwatch every night, though there are a few exceptions. Samsung manages to squeeze up to 3 days from the Gear S2, while Pebble’s e-ink technology allows the Time and Time Steel to last up to a week on a charge, at the expense of color and resolution. The Time Round is limited to 3 days by its thinness.

Most people simply won’t buy a smartwatch they wouldn’t want to be seen wearing, so design could be the most or least important part of buying a smartwatch, depending on how you want to use it. As such, this section is extremely contingent upon your personal style and aesthetic preferences. Google Image Search will be your friend.

The Apple Watch’s squircular body is well-built but pretty plain, so most of its style comes in the form of fancy straps that use Apple’s proprietary attachment system. Those can drive up the price tremendously, however, so you might want to look at third-party straps of similar quality than can be had for far cheaper. You also get the choice between two sizes, which is nifty if you have smaller wrists.

Android has a dominance over circular smartwatch displays. The Moto 360 wins out for its customization, with a plethora of color and styling combinations available online via Moto Maker. It also comes in three form factors: 46 mm and 42 mm men’s designs, and a 42 mm women’s (which features a narrower strap).

The Huawei Watch and G Watch Urbane are other solid options, though less customizable. Huawei’s offering comes with a scratch-proof Sapphire Crystal display, which is a nice touch. Most Android Wear watches come with standard strap sizes too, so you can customize to your heart’s content.

Pebble has plenty of looks to go around for most preferences. The Pebble Time strikes a nice casual balance with bright colors and just enough metal to not feel cheap, but the Time Steel and Time Round are luxury upgrades that come at a price premium. The Time Round in particular is extremely light and thin for a smartwatch, but at the expense of more than half the battery life.

And if you want something that really looks like a traditional luxury watch, then perhaps the $1,500 Tag Heuer Carrera Connected is for you.

Of course, none of the above matters if you can’t be bothered to actually pay for a smartwatch, and prices vary tremendously.

The Apple Watch, for instance, starts at $349 for the low-end Apple Watch Sport with a rubber strap, $399 if you want the larger 42mm model. It’s $499+ for anything that’s not rubber. The gold models run all the way up to $17,000, which you probably can’t afford (and if you can, why are you reading this section?).

Much of that cost goes into the fancy straps; definitely look into third-party alternative for much cheaper options.

Most Android smartwatches hover around the $300 price point. Prices vary depending on whether you care about a circular screen or features like heart rate tracking.

The new Moto 360 starts at $299, for instance, while the Huawei Watch begins at $349; both feature heart rate sensors and circular displays. Meanwhile Sony’s SmartWatch 3 can be had for under $200 nowadays, while the Asus ZenWatch 2 begins at $149; both have square displays and neither has heart-rate tracking.

What should you buy?

The list of smartwatches is growing quickly, but choosing the right one should be a pretty simple consideration of balancing design with the features you need.

Are you on Android? Get whatever Android Wear watch you think looks best in your price range. Alternatively, look at Samsung if you like the interface.

Do you care about fitness first, notifications second? Or are you on Windows Phone? Get the Microsoft Band.

Can’t be bothered to pay more than $200 and don’t want to recharge your watch every night? Get a Pebble.

Most of all, just get something you like wearing. At the end of the day, a smartwatch is still a watch first and foremost.

Read next: AT&T offering a buy one, get one free deal on popular smartphones for the holidays