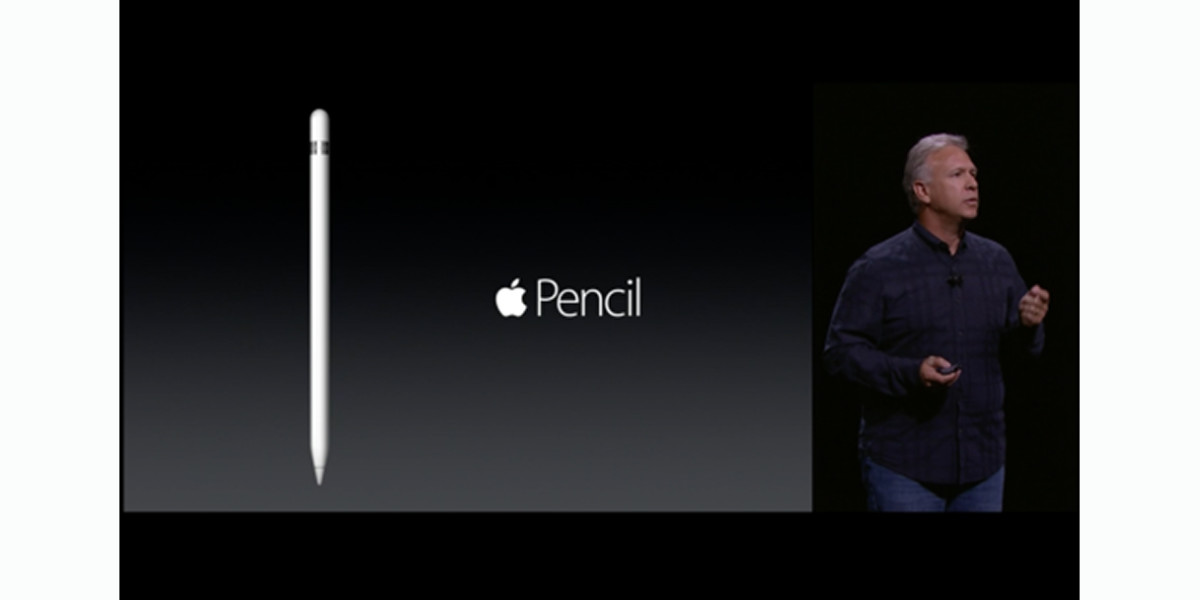 Steve Jobs always severely derided the idea of a stylus: His thought was that if you saw a stylus, then Apple ‘blew it’ — because styluses are klutzy and people lose them.

But … Steve also famously told his successor Tim Cook not to waste time trying to figure out what he would do, but rather to do what is right. And today Apple has announced the Apple Pencil. You guessed it — it’s a stylus.

Used simultaneously with your finger if you want, the Apple Pencil has a Lightning connector on the back so you can charge it via your iPad Pro. No muss, no fuss.

But it’s not just any stylus. The system scans twice as often when you use the Pencil, capturing more data points in a stroke. The sensor determines the degree of force the tip of the Pencil is being pressed. Press harder to draw thicker lines or go lighter for hairlines.

That pressure sensitivity helps when apply varying amounts of pigment, for example. Shapes are automatically converted into graphic objects. Apple Pencil works with Apple’s apps as well as selections from the App Store. You can also use it in a variety of ways, such as marking Word, Mail, Notes, Paper or other documents. Price is $99.

A brand new Smart Keyboard will also be coming soon for the new iPad.

While you’ve always been able to use a keyboard with the iPad, today Apple has introduced a different, smarter keyboard that magnetically connects with the tablet via a three-port Smart Connector to accommodate landscape typing. Unfold the Smart Keyboard when you need it. and fold it up when you don’t: It doubles as a cover for the iPad Pro.

This new 4mm Keyboard carries power and data simultaneously and features the new Apple Dome switch, derived from the MacBook. With “woven fabric” covering the keys, it is built into a Smart Cover that attaches to the smart connector.

The top layer is made of a sheet of durable, woven, laser-ablated fabric that forms the shape of each key and is responsible for the keys’ tension. The finish is water‑ and stain‑resistant.

Both accessories will be available in November.

Read next: Apple introduces the iPhone 6s and 6s Plus in rose gold, with 3D Touch and animated wallpaper