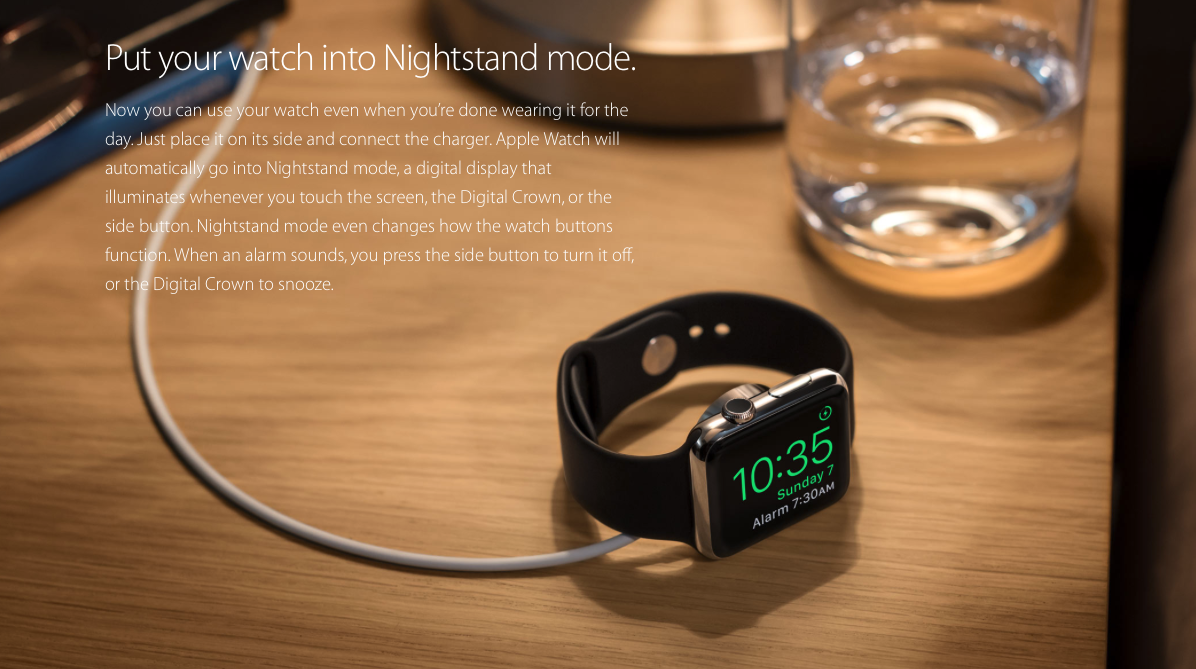 After unveiling watchOS 2 at WWDC, Apple Watch users rejoiced. Apps that run on the wearable will undoubtedly perform better, and make the watch a standalone device.

But an Apple Watch doesn’t stand up on its own, which led many users to purchase a separate stand. Some of those stands are pretty expensive, too. I only dropped about $20 on mine, a simple aluminum model — but it was still an investment.

Nightstand mode, which displays content like the time and date while your wearable is charging, allows the Apple Watch to act as an alarm clock when laid on its side, with the two side buttons (now on top) becoming controls for silencing or snoozing an alarm.

Most Apple Watch stands are meant to be used in portrait mode, which forces you to decide between using your watch as an alarm clock or displaying it proudly.

If you were to try and silence an alarm using your Apple Watch in landscape mode with current Apple Watch stands, you’d likely knock it right off the stand and start your day off pretty annoyed as you fumbled to find your watch.

Apple could always change watchOS 2 ahead of launch to support portrait orientation for nightstand mode, but more than likely we’ll all be shopping for new Apple Watch stands.

Read next: Apple Watch is getting native apps in watchOS 2, will let devs make complications

Read next: The truth about blogging on Medium