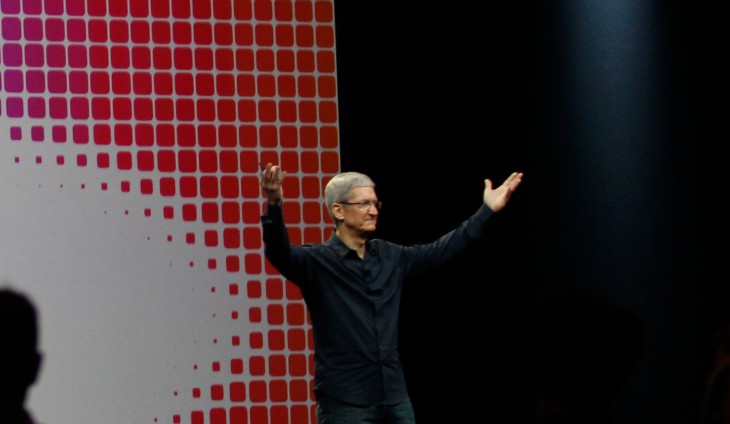 This article was originally published in TNW Weekly, our free newsletter, which goes out to subscribers every Friday. It contains original content as well as the best of the week gone by.

When news broke this week about Tim Cook discussing his sexual orientation for the first time, we decided not to cover it on The Next Web. ‘It’s not tech’, we said in our backchannel. ‘It’s great to have one of the most powerful men in the industry talk about being gay, but it’s not really a story we’d tend to cover,’ we reasoned.

Of course, most other tech news sites covered the story, and I wish now that we had marked it with a piece. (In fact, since this article went out in Friday’s newsletter I’ve heard from other journalists who had similar debates in their newsrooms).

At a time when tech companies have woken up to the idea that publicly available diversity reports are a good thing, and when voices calling for more diversity in the related field of video games are being shouted down by a persistent campaign of trolling, anything that shows people other than heterosexual, white men being successful in tech is a positive step.

It’s not just about making the tech industry more accessible to a wider range of people (although that’s obviously important), it’s about the products they work on too. If you have a certain set of life experiences, and your colleagues all have similar life experiences, you’re going to approach a product from a certain perspective. Just read Tim’s open letter (linked above) for examples of how his life experiences have influenced his approach to his job.

The more diverse the people working in tech, the more diverse the products we’ll see. Well, that’s the theory – the very lack of that diversity makes it impossible to say for sure. Tim Cook being openly gay can only help us to get to a day when we can know.

Read next: 3 ways to attract the coveted active monthly user