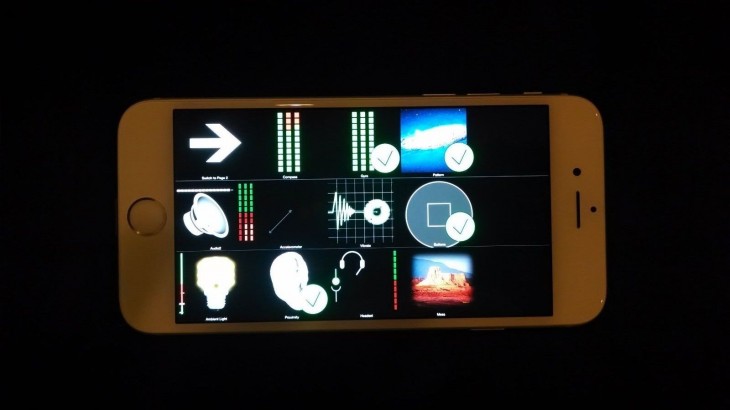 The story goes like this: A Verizon customer was sent a prototype iPhone 6 when renewing their contract and instead of returning it, the owner has decided to sell it on eBay.

The alleged prototype device is pictured in diagnostic mode and isn’t running the consumer release of iOS, instead offering Apple’s internal applications the company uses to test devices before release. The photos of this factory test mode match up with previously leaked prototype devices running earlier versions of the test software.

Selling (and purchasing) prototype devices is sketchy legal ground and the seller seems well aware of this, saying that “Apple does NOT let these phones out of their possession” but this auction is a “once in a life time opportunity for you to take a part of.”

At time of writing the bidding had reached over $1600US for the device, which has no FCC markings or any other text on the body, other than “iPhone” and sports a red lightning port. The seller describes the device by saying:

The lightening [sic] port is red which is a sure sign of a prototype. This device is being sold as is. I cannot guarantee that it will make calls or that the camera will work. However I can guarantee you that the device is a 64gb iPhone 6 which was sent to me from Verizon.

The lucky winner gets no guarantees the device will work like a normal iPhone, aside from a promise that it’s a real prototype and you’ll receive all accessories from in the box. Oh, and if the price goes over $4,000, the seller will throw in free shipping! A bargain!

We wouldn’t be surprised if this auction disappears shortly as Apple discovers it.

Read next: Netflix gets a more visual layout on mobile, iPhone users can soon search titles by actor too