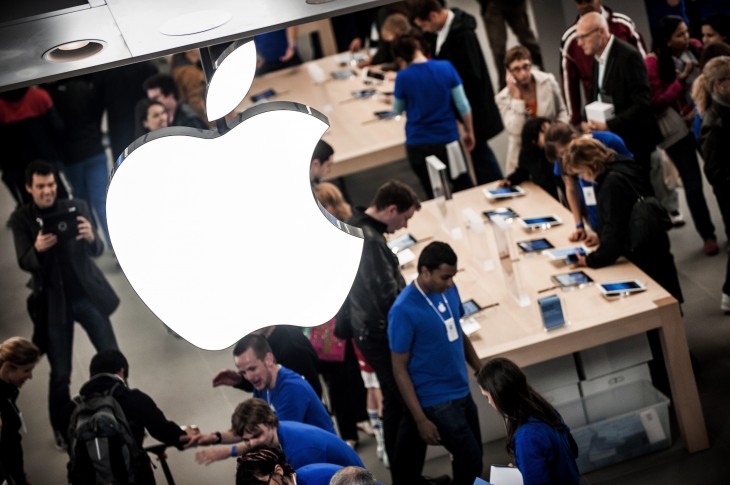 Apple has introduced a new technology called iBeacon to 254 of its retail stores in the US, enabling personalized notifications via the Apple Store app based on your exact position within its brick-and-mortar gadget meccas.

As reported by Associated Press – and confirmed to TNW by Apple – once iBeacon is switched on Apple will be able to send you a whole range of messages, such as when your order is ready for pick up, or how much credit you’ll receive for trading in your iPhone. Multiple transmitters are fitted in each store, which means that Apple can pinpoint your exact location via Bluetooth and tailor its alerts based on which products you’re looking at.

If all of this sounds a little intrusive, it’s worth noting that in-store notifications won’t be switched on by default. Screenshots obtained by 9to5Mac show that users will need to first accept a request before it can be activated – so if you don’t fancy being tracked in your local Apple Store, it’s easy to opt-out.

Read next: The Elgato Smart Key taps Bluetooth LE to help find your keys and remember where your car's parked