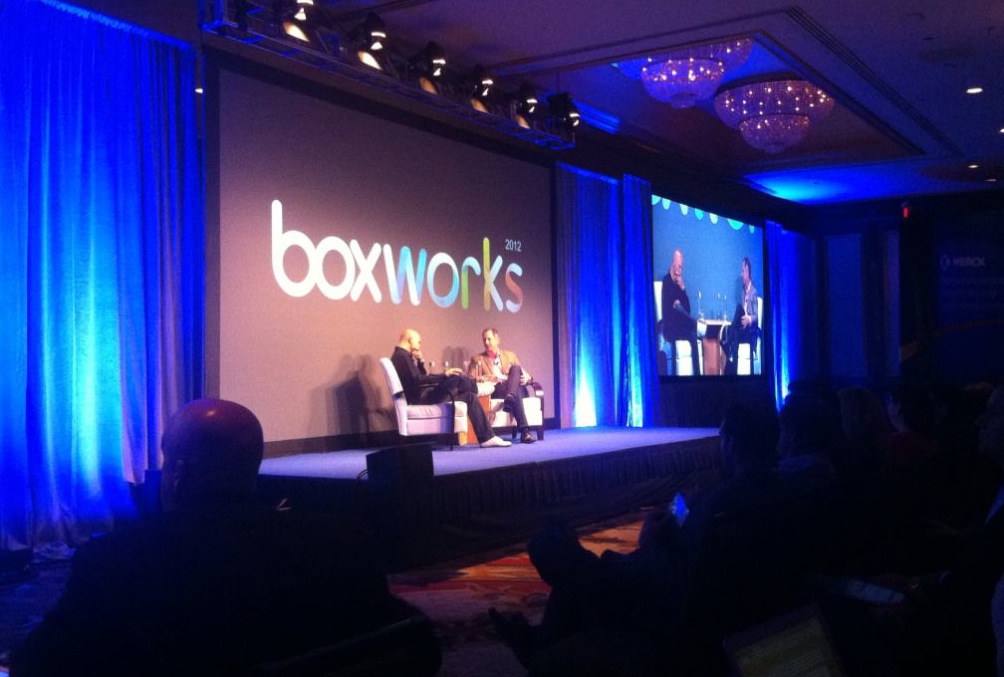 “Innovation starts with frustration,” said iPod designer and Nest thermostat creator Tony Fadell at the Boxworks conference in an interview with author Adam Lashinsky. “Frustration, and then curiosity.”

Fadell, now of Nest, was famous for leading the iPod project at Apple and contributing to its efforts to ship the iPhone. Lashinsky just published a book about Apple’s corporate culture called Inside Apple.

“When I think about changing things, it first starts with the curiosity of why something works the way it does,” Fadell says about his process for innovation. “I was a DJ..a “wedding DJ”, back in the 90’s. I had an idea for something like a Jukebox-based MP3 player back [then], but we didn’t have the technology to do it.”

When asked about the process of doing something better, Fadell says that it starts with the curiosity to think about how you could improve that product. “You want it to be wherever you are, you want it to be easy to use,” are things that you might consider. Then you start to look at all of those parameters and figure out how to combine the technology available in order to do it properly.

Fadell says that he met Google’s Sergey Brin and he told him that the original iPod was great, but that it was too expensive. But once the product was out there, says Fadell, they were able to use volume effects to get the price down.

“Putting a hard drive in your pocket had never been done before,” said Fadell. They just started testing them, to see if they would work at all. Testing, tweaking and pushing the engineers until they were confident that they would stand up to abuse.

The iPod wasn’t exactly easy to produce, either. “We’re going to take an incredible risk here and say that we believe that this hard drive is going to be robust enough” to fit in your pocket and stand up to the abuse. “You just don’t know how people are going to use them in the real world, but luckily it turned out well.”

Fadell also talked about the product development process at Apple and how it differed from his days at Phillips. “Those people [at Phillips],” says Fadell, “were business managers, they just wanted to see with numbers.”

“Founder-led organizations…are very, very different,” said Fadell, pointing out Amazon’s Jeff Bezos as an example of someone taking their company into very different and unique directions that wouldn’t happen at purely business-acumen-led companies.

He also talked a lot about building things “from passion”, which leads you to build things with a point of view. This often results more in you taking things out of a product versus adding things in. Simpler products present a purer experience because they’re designed by people that aren’t afraid to have an opinion.

“Too many companies,” says Fadell, “don’t have small teams with a point of view, to make those kinds of decisions.”

Lashinsky asked Fadell whether he thought that Steve Jobs’ kind of ‘taste’ can be learned.

“I had an idea of what I liked before I went to Apple,” replied Fadell, “but I learned a better way to express that at Apple.” A crisper, more defined nomenclature for describing what he liked or didn’t like was definitely learned during his time there, he said.

“If you ever think you’re the biggest fish in the pond, and that you can just wield your power, you’re already starting out wrong,” says Fadell about whether Apple just threw its weight around when it came to suppliers.

Fadell said that he thought that the company did not deserve its reputation for arrogance. Apple, he said, always acted from a position of mutual benefit with its suppliers, not like the “Dell of the 1990’s,” where all of the components were interchangeable and it was all about the lowest common denominator.

Fadell talked about his Nest revelation, which came while he was building a house and examining just how little attention had been paid to the design and functionality of a device in nearly every home.

The Nest is only available in the US and Canada, but Fadell says that people in 61 countries around the world are using the device already. That means that people are buying them and shipping them all over the world because they want them so badly. So, Fadell says that they’re actually reaching out to those customers to see where they should begin offering the Nest in those countries.

Fadell was quizzed by Lashinsky about being sued by Honeywell, the thermostat company. He said that it wasn’t a huge shock because he had to deal with it quite a bit at Apple, where they were sued so often it became routine.

He also talked about the origins of the name Nest. It actually came from the old MTV show ‘MTV Cribs’ and its opening line about coming to ‘check out my crib’. He riffed on that catchphrase with ‘come check out my Nest’, and it stuck for the product.

In an interesting note, Fadell said that Nest was depending “100% on consumer adoption” of the product, not the slow building industry. And they’re perfectly happy with that. He says he learned a long time ago not to depend on the middle man to sell their product. “We go the other way,” says Fadell, pitching Nest directly to the consumers.

On his plans for the future of Nest, Fadell was coy, saying “well, Amazon started out with books, maybe one day we’ll do more.”