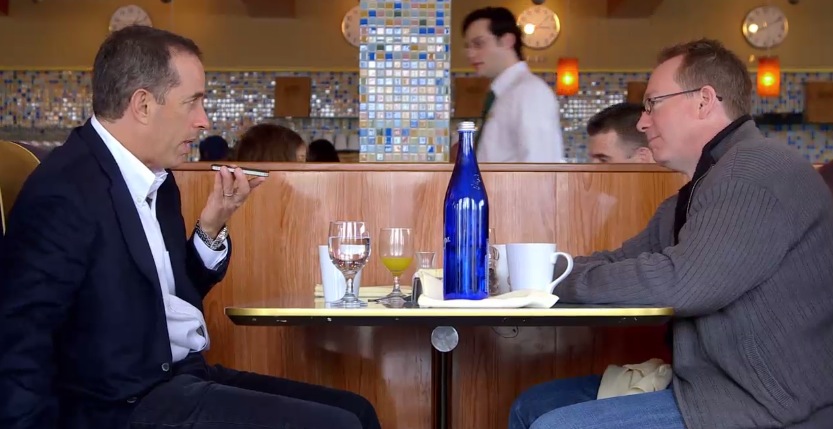 I’m loving the ongoing Comedians in Cars Getting Coffee online series that Jerry Seinfeld has been publishing for a while now. It’s a fantastic bit of independent production that feels wonderfully like he’s doing something he would have done whether the cameras were rolling or not.

Each episode, he takes an actor or comedian friend out for coffee in a classic car and shoots the breeze about whatever topics come up. A segment from the latest episode with Mystery Science Theater 3000 creator Joel Hodgson was shared by Apple Spotlight on Twitter.

In it Seinfeld uses Siri to settle a debate about who played Mr. Freeze in the original Batman TV series and makes fun of Hodgson for using an iPhone case. Seinfeld, as you can see from the cap below, prefers a naked iPhone.

Ironically, this clip from the episode might be a better advertisement than the recent celebrity Siri spots that Apple themselves produced.