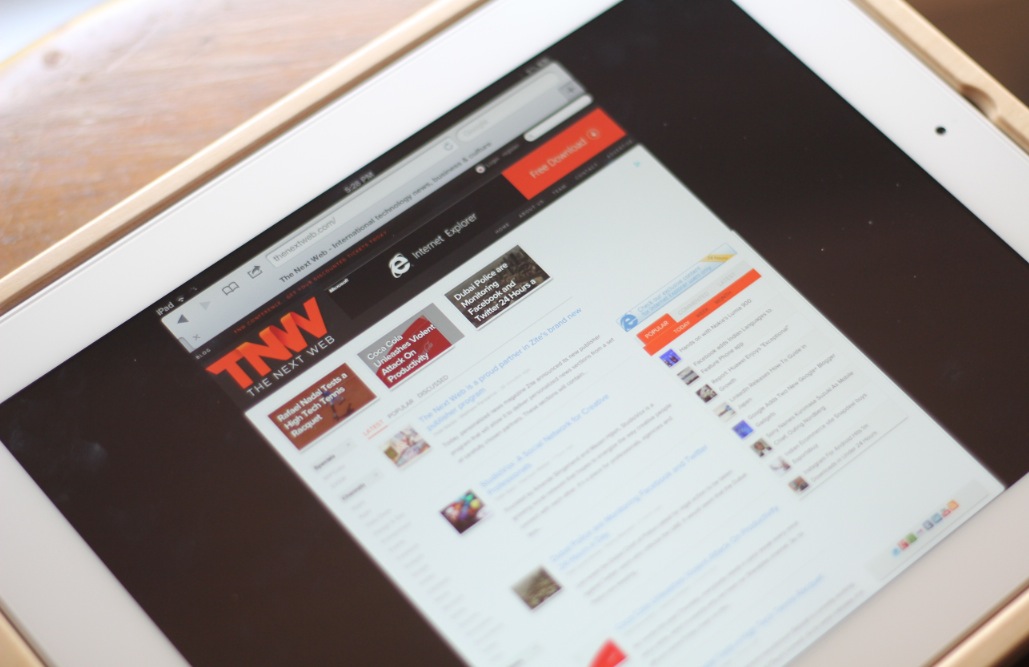 There’s no doubt that Apple has tested production of a 7-inch iPad, supply chain leaks and “sources close to the matter” have intimated that fact for more than a year. However, with reports from Bloomberg and the Wall Street Journal, the rumor that Apple will eventually release a smaller tablet are becoming very hard to dismiss.

Yesterday, Bloomberg’s Peter Burrows and Adam Satariano said that Apple will debut a “smaller, cheaper iPad by year-end” according to two people who had knowledge of the plans.

The new variant, which would compliment the existing 9.7-inch iPad 2 and new iPad models is said to measure between 7 inches and 8 inches, would be announced by October and would NOT sport a Retina display found on newer iOS devices.

As is customary when one outlet publishes previously unknown information, another soon follows. The Wall Street Journal published a new report this morning that stated Apple is preparing for “mass production in September of a tablet computer with a smaller screen than the iPad,” citing sources at component suppliers.

According to the Journal, Apple is likely to call upon LG Display and Au Optronics to supply the smaller screens for its new tablet.

September seems fairly late to be beginning production of a product that will be released just a month later. But the reports could refer to that production reaching a higher level. If, and it’s still a big if at this point, we see an iPad in October, it’s likely that it would enter production as early as August or September.

Back in May, Rene Ritchie of iMore reported on the possible release of an ‘iPad mini’ in October at a $199 price point, although plans were rumored to not yet have been finalized.

Daring Fireball’s John Gruber, also stated that he knew Apple had a working prototype of such a device in its labs. This led TNW’s Matthew Panzarino to speculate when, not if, the smaller tablet would make its debut:

The market for tablets is largely untapped. The millions of iPads that Apple has sold so far is a drop in the bucket compared to how many it will sell over the next few years. The iPad is so dominant, in fact, that many people don’t even consider another tablet before purchasing one. So why does it need to release a cheaper, smaller flavor yet?

When doing so means capturing a big segment of the market that is proven not to be buying iPads because of their cost or size, that’s when.

The launch of a smaller iPad may go against Steve Jobs’ comments in the past, which include: “10-inches is the minimum tablet size”, and “7-inch tablets are tweeners; too big to compete against a smartphone, and too small to compete with the iPad”, but with Apple under Tim Cook’s management, we’ve already seen Apple chart a familar but slightly altered course under its new leader.

Google marked its entry into the tablet space last week with the launch of the ASUS-made Nexus 7, offering the device at little or no margin to tempt potential iPad buyers to purchase its Jelly Bean Android-powered device with some impressive hardware features for a low price.

A 7.85-inch (or whatever it may be) could prove to be the final nail in the coffin for some Android vendors, giving consumers that demand a smaller tablet form factor the perfect device they are looking for.

Read next: Want to IPO? The current recipe is revenue over $100 million, profits unnecessary