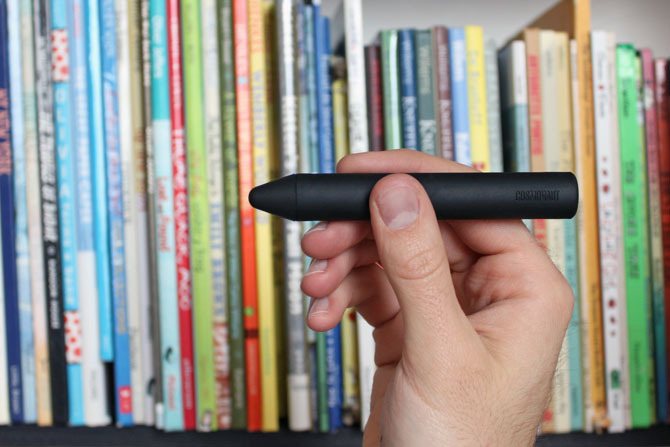 Steve Jobs may have said “nobody wants a stylus” when unveiling the iPhone for the first time in a Macworld keynote in 2007, but five years later the smartphone and tablet accessory is enjoying a revival, with Apple’s iPad ironically leading the way.

Today, there are many styluses from which to choose from, ranging from thin metallic pens to dedicated tools from traditional drawing tablet makers, but one of the most popular styluses on the market at the moment is the Cosmonaut, created by Studio Neat.

The Cosmonaut started life as a modified dry erase marker, later evolving into a prototype that was successfully funded on Kickstarter, raising $134,236 from 6,192 backers (far surpassing its $50,000 goal).

The accessory has become a bestseller in its own right, but it enjoyed huge sales following the launches of popular smartphone and tablet applications including Zynga’s Draw Something and FiftyThree’s Paper.

Paper, a sketching and drawing app from the ex-Microsoft folks behind the Courier project, saw 1.5 million downloads in just two weeks with some 7 million pages of ideas created. Demand for the app translated into demand for a stylus, and the Cosmonaut seemed to be the stylus that everyone wanted.

It also helped that the launch of Paper coincided with a promotion that Studio Neat was running on the 5by5 network at the time.

It’s hard to pinpoint exactly what was driving the sales, because we had an awesome coincidence where the week that Paper was launched, we were running a sponsorship promotion on the 5by5 network.

That ended up being really good timing where an app perfect for the Cosmonaut was released.

We had a really good spike, it was easily five to even ten times as much as were typically seeing a day. It was a significant boost.

Not all sales were as a result of the iPad and the new apps (it is available for any touchscreen device), but they did have a pretty big impact on sales of the stylus.

Provost says that the since Draw Something and Paper launched, “there’s been a shift in public awareness that a stylus could make apps better, helping the Cosmonaut to perform better than any of our other products.”

We also spoke with Provost about the inspiration behind the Cosmonaut, his company’s experience of raising funds on Kickstarter and what it has planned in the future.

The interview will be published in the coming days.