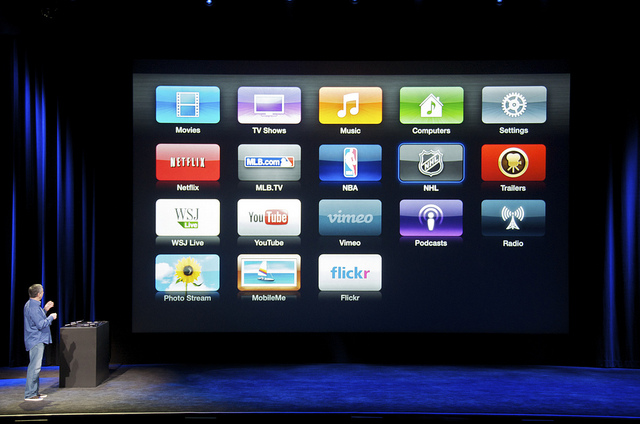 Often rumoured but never confirmed, reports that Apple is to release its own range of televisions have been given another huge boost after Foxconn chairman Terry Gou revealed the company is currently preparing for the manufacturing of the company’s new television products.

The news comes by way of ChinaDaily (via HowToArena), which reported on Gou’s inaugural speech at the commencement of building at Foxconn’s new headquarters in Shanghai, China.

Gou reportedly explained Foxconn’s plans to launch a new e-commerce service that would provide “one-stop” services ranging from manufacturing to logistics and reselling to customers. However, he is later reported to have said that the company was making preparations to manufacture and help Apple launch its new Apple TV sets.

Foxconn’s recent 50-50 joint venture factory with Sharp in Japan is one of the preparations made for the new device, Gou added.

Foxconn is already one of Apple’s biggest partners, building its iPhone and iPad tablets, as well as its computers.

Gou’s comments could be a statement that Foxconn is preparing for such an event. Apple is reported to have been in talks with Sharp to supply display panels for such sets.

Foxconn now owns half of Sharp’s display business, so it has a vested interest in such a product, whether it manufactures it or not.

Rumours of a dedicated Apple TV emerged in Walter Isaacson’s official biography of Steve Jobs, although its author intentionally left details of Apple’s plans out of the book.

In a recent interview, Isaacson said:

In his biography, Steve Jobs alluded to the fact that he had figured out how to solve the problem of an ‘integrated’ television.“I’d like to create an integrated television set that is completely easy to use,” Jobs told Isaacson, “It would be seamlessly synced with all of your devices and with iCloud.”

Reports have suggested that Apple’s TV’s could be launched later this year, although there has been no confirmation of that fact.

Gou’s comments tell us that the set may soon be coming, it’s just a matter of when production will begin.

Update: A Foxconn spokesperson contacted The Next Web with the following statement:

In remarks at a media briefing during the groundbreaking of Foxconn’s new China headquarters in Shanghai on May 10, Terry Gou, Foxconn’s Chief Executive Officer, made it very clear that he would neither confirm nor speculate about Foxconn’s involvement in the production of any product for any customer because Foxconn’s policy is not to comment on any customers or their products.

At no time did he confirm that Foxconn was in development or manufacturing stages for any product for any of its customers.  He did say that  Foxconn is always prepared to meet the manufacturing needs of customers should they determine that they wish to work with Foxconn in the production of any of their products.   Any reports that Foxconn confirmed that it is preparing to produce a specific product for any customer are not accurate.