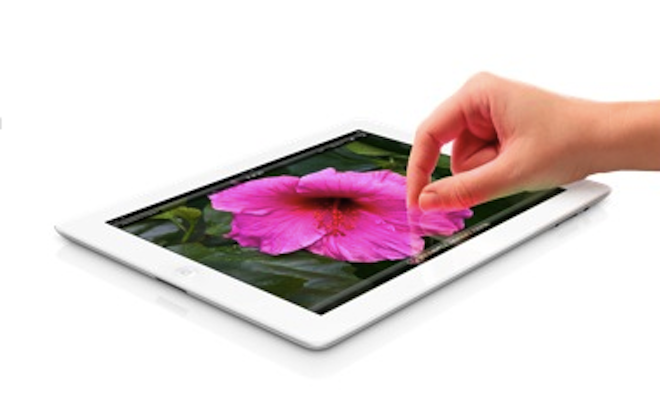 Apple this morning announced that the third generation of its massively popular tablet computer, the powerful, Retina display-sporting ‘new iPad’ as they call it, will hit 12 new countries next Friday, and 9 more next week.

On April 20, the new iPad (here’s what it looks like under a microscope) will go on sale in South Korea, Brunei, Croatia, Cyprus, Dominican Republic, El Salvador, Guatemala, Malaysia, Panama, St Maarten, Uruguay and Venezuela.

A week after that, on April 27, Apple will also start selling the device in Colombia, Estonia, India, Israel, Latvia, Lithuania, Montenegro, South Africa and Thailand.

No word about a China launch yet, but that’s only a matter of time.

Conveniently, the news was announced a week before Apple will hold its second-quarter financial conference call (on April 24).

The news about the expansion to 21 new markets comes nearly a month after the new iPad hit stores in the United States, Australia, Canada, France, Germany, Hong Kong, Japan, Singapore, Switzerland and the UK.

The company later said it sold 3 million iPads in a matter of days after its debut.

Apple reportedly has a 7.85″ version of the iPad in its labs, but that shouldn’t surprise you

The new iPad will be sold through the Apple Online Store (www.apple.com) and select Apple Authorized Resellers. Additionally, iPad 2 is available at a more affordable price starting at just $399.

**4G LTE is supported only on AT&T and Verizon networks in the U.S. and on Bell, Rogers and Telus networks in Canada. Data plans sold separately.

Read next: API Mashup Contest: It's exactly what it sounds like, and developers can submit their creations now