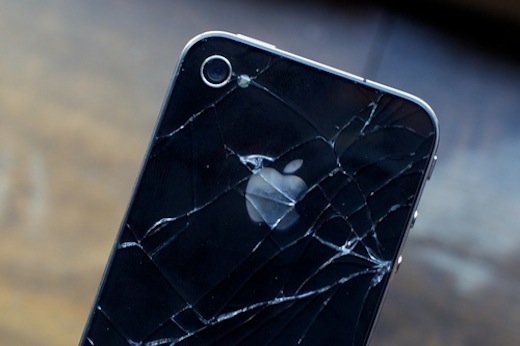 It’s true, today I’m disappointed in Apple. Not because of the iPad thing. I’m pretty impressed with what the company announced today. My disappointment is a matter of something deeper – a sign that Apple gave in to a carrier, rather than standing up for the customers. Anyone with iOS 5.1 and an AT&T iPhone 4S will now see a 4G symbol in certain areas. The only problem? It’s not really 4G, it’s marketing BS from AT&T.

Let’s lay out the definitions real fast, so that the basis of my argument is clear. The 4G moniker is widely understood to mean LTE or WiMax. These are defined standards, and I think Anandtech states the importance well:

But AT&T’s LTE network isn’t what’s being referenced here. The iPhone didn’t suddenly become an LTE-capable capable device by simply upgrading the version of iOS that it’s running. AT&T is defining its HSPA+ network as 4G, but by the very definition of HSPA+, theoretical speeds aside, it doesn’t qualify as 4G.

This is clearly, without any doubt, a continued marketing ploy by AT&T and Apple has allowed the carrier to dupe consumers. Yes, our trusty friend in Cupertino has caved, allowing AT&T to dictate via marketing what is set up as a standard. The question that arises is also the potential danger — What will Apple allow the carriers to do next?


Customers of AT&T are speaking loudly in the comments to a Cult of Mac article, stating that they’re happy to have an indicator showing when they’re in HSPA+ service areas. Previosly there was no way to tell the difference between its slower 3G and the much-improved speeds of HSPA+. But the nature of the beast is a dangerous one and when carriers get to dictate what is and isn’t considered a standard, the customer stands to do nothing but lose.

Worse yet, Apple is allowing the waters to be muddied for its own devices. The company, just today, announced the imminent release of its LTE-enabled iPads for both AT&T as well as Verizon. True 4G devices. Along with these devices comes the ability (if the carriers so choose) to have them serve as LTE hotspots, a definite selling point for those people who are perhaps using a tethering plan on their existing smartphones. It’s not yet known whether iOS 5.1 on the iPad will show HSPA+ as 4G, but if it does then it’s doing nothing more than crippling a potentially huge marketing point for Apple.

My concern here is, as I stated before, a question of what’s next. Apple has been famous (notorious?) for telling customers what they’ll want, rather than relying on more traditional factors for business decisions. Part of the iPhone’s popularity has been due to the fact that it was controlled in its entirety by Apple, rather than the carriers. What are the consequences of allowing carrier intervention, especially when Apple doesn’t have to?

Most worrisome of all is the fact that it happened with AT&T, a company that is almost universally hated by its customers. Apple, conversely, is nearly universally loved by the ones who choose its brand. What is the middle ground? Apparently it’s when Apple becomes the liar’s mouthpiece for AT&T.

Missed today’s events? You can catch our roundup with everything you need to know by clicking here.

Read next: Apple's new TV commercial for the iPad is all about the Retina display