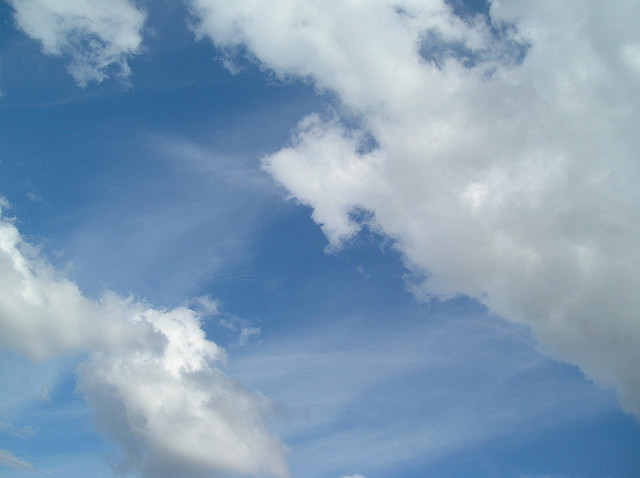 When it comes to technology and products that excite me personally, I have what I call the “mom test”. Put simply, if my mom can’t figure something out it’s not worth spending a lot of time checking out or using. My mom is pretty tech savvy as most of you learned from reading “Facts you didn’t know about The Next Web team” this morning.

One of the areas in technology that excites me the most is the “cloud“. Up until the past year or so, it’s been a buzz phrase that you read on every tech blog. So and so for such and such “in the cloud”. If someone were to ask you what the cloud is, you could quote this Wikipedia article on cloud computing:

Cloud computing is the delivery of computing as a service rather than a product, whereby shared resources, software, and information are provided to computers and other devices as a utility (like the electricity grid) over a network (typically the Internet).

For consumers this means that all of your stuff is stored somewhere that you don’t have to worry about and you can access your stuff no matter where you are or what device you’re using. It can be a pretty confusing concept for non-geeks.

Companies like Box (previously Box.net) and Dropbox have been around since 2005 and has provided amazing resources to people who work remotely, have a few computers, or just want a safe place to store their important data. Google is getting into the act with the long-rumored GDrive, and Microsoft has SkyDrive. For people like my mom, it’s not something that has been especially consumer friendly…until now.

In typical Apple fashion, the company has taken a difficult-to-explain technology like the cloud and turned it into a consumer-friendly product that even my mom can understand. It has recently aired its first TV commercial for iCloud, its data storage solution for iDevice users. It’s absolutely brilliant. If you haven’t seen it yet, take a look:

The service was actually not a new concept Apple decided to work on, it was previously called MobileMe and flopped. Horribly. When the company announced the new direction it was heading in with iCloud, Steve Jobs explained the service in one sentence:

iCloud stores your content in the cloud and wirelessly pushes all of it to your other devices.

Yes, the commercial that you saw above is exactly what Steve Jobs described last June. But as we know, seeing is truly believing. The best part about the commercial is that there isn’t one word spoken throughout its 31 seconds. With one product and one brilliant marketing concept, Apple has solved a problem that has been plaguing new computer users for years. Just as Jobs explained last June:

We’ve been working for 10 years to get rid of the file system. When you try and teach someone to use a Mac, everything is fine, until you show them the file system. On iOS, you don’t have to think about it. But how do you move those documents around? Now you can.

Apple makes things that you don’t have to think about. Not only is iCloud a beautiful implementation of the power of the cloud, it’s something that even my mom can understand.

Read next: Foursquare co-founder Naveen Selvadurai announces he is leaving the company to work on new projects